Great shows to watch until The White Lotus season 3 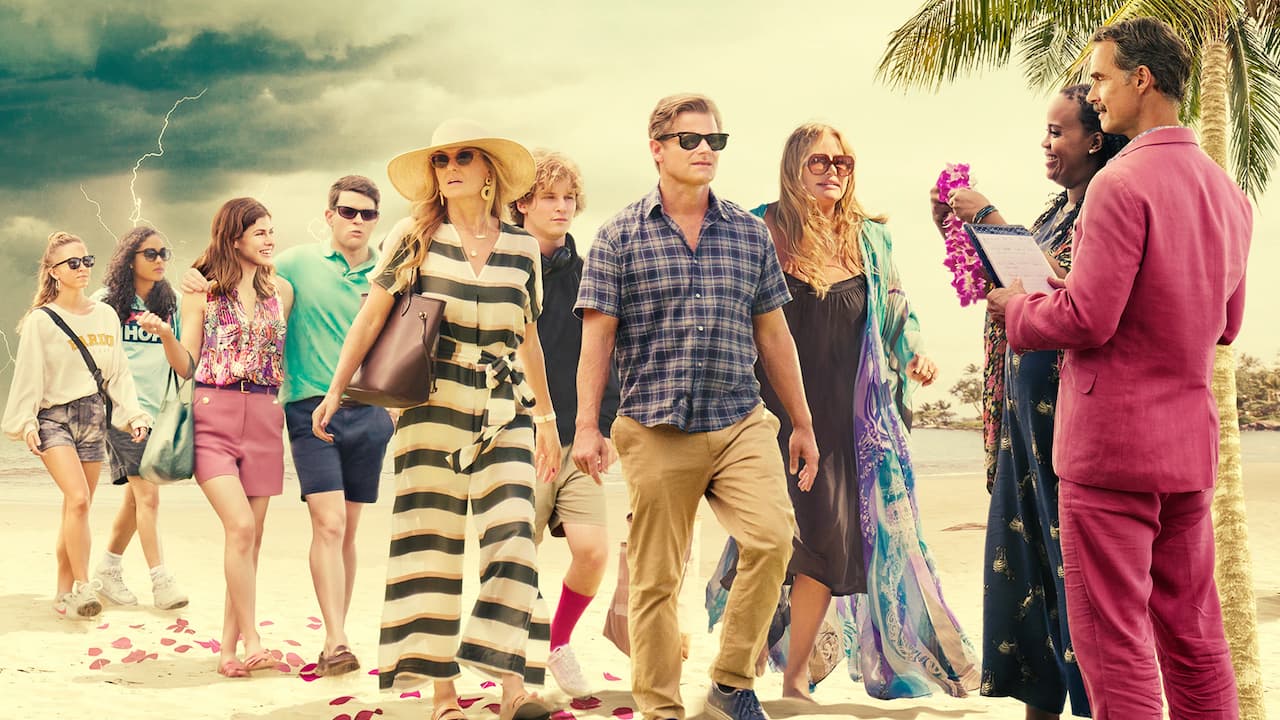 The White Lotus, featuring Jennifer Coolidge, is a show about a luxurious resort filled with secrets that lead to twists that no fans see coming. That makes the show great; you never know what will happen next. Now that season 2 has come and gone, fans of the series can’t wait to see what else the creators have in store for this dark comedy drama. In the meantime, while we all wait for season 3, other shows aim to achieve the same tone as The White Lotus and are just as great.

Below are the five best shows similar to the HBO hit and are available now for your binge-watching needs.

Where to Watch: Peacock

You can tell right off the bat from the name that there will be similarities between this show and The White Lotus. Before The Resort even aired, it was being compared to its HBO counterpart. The Resort takes place during a luxurious vacation that leads to discovering dark events that will leave you on the edge of your seat. Although The White Lotus leans heavier on the comedy side of things, this show takes a more serious approach to the mystery that lingers around the vacation for its cast.

The show is about two people who find a flip phone that could contain evidence of two missing teens that went missing quite some time ago. One thing leads to another, and Noah (William Jackson Harper) and Emma (Cristin Milioti) find themselves tangled in this unsolved case trying to make sense of it all. It is intense and fascinating to watch.

Although Yellowjackets and The White Lotus have entirely different plots, there are some striking similarities between the hit shows. Mainly because each show requires you to think about the small details and what they mean regarding the bigger picture. The tone is very similar as each episode will have you thinking, “how does that tie into what is going on on this island?” As you learn more about the characters, you’ll uncover deception and sinister secrets that make you itching for the next episode.

The show has two timelines simultaneously in the past and future. The past is about a soccer team getting stranded on a desert island, while the future is about what happens after the events that transpired on that island. As you bounce between the two timelines, the show slowly starts to create a better sense of understanding.

Also, on HBO Max, The Flight Attendant takes a simple premise and adds thriller components. Being a fan of The White Lotus, it is more than likely you are a fan of mysteries, and The Flight Attendant throws one hell of a mystery your way. Kaley Cuoco stars in this popular show as a flight attendant named Cassie, and one day she wakes up to a gruesome discovery: a dead person in her bed. Her memory is completely gone from the night before, and she doesn’t know if she committed the murder or not.

As you continue into the later episodes, you’ll encounter twists that make you rethink what you thought you knew earlier in the season. Like The White Lotus, there is also tons of dark comedy here that will have you laughing from start to finish.

Succession is a show about the 1% of wealthy folks that shows the dark side of what could happen when you are part of a billionaire family. A lot of the show has to do with the family’s business, but the underlying tone is about how status and greed can lead to corruption and how those two factors can take over your life.

When you witness two characters in the show colliding with disagreements or betrayals, it will remind you of The White Lotus, especially considering not everything is as it seems at first glance. The writing is phenomenal, and it is one of the greatest television shows available right now, so you surely will not want to miss out.

Fans of murder mysteries can rejoice when they turn to watch Big Little Lies. This show takes place in a beautiful location, and provides viewers with a dark comedy focused on the life of its wealthy characters.

The people in the show have noticeable similarities to the cast of The White Lotus, as everyone is about gossip and drama in the small community they live. Besides that, when a murder comes to light at the end of an elementary school fundraiser, all hell breaks loose as the investigation begins. You’ll start to encounter the hidden life of this community and learn that not everyone is who you think they are, and you can’t trust anyone.

Where to Watch: Hulu

Fans of The White Lotus will instantly see why this show made this list, as it takes place on vacation and follows a dysfunctional group. Instead, in Nine Perfect Strangers, the vacation is about a wellness retreat that promises to heal all in attendance. Hoping to leave the retreat as a new person, the attendees become curious about the leader of the retreat (Nicole Kidman), who gives off a vibe that makes you think something more sinister is at play.

Later finding out that every person in attendance was hand-picked, the viewer soon gets to watch a group of strangers thrown down a rabbit hole of confusion and mystery. Like The White Lotus, you never know what you will find out in the next episode.

More on Attack of the Fanboy :
The White Lotus

Attack of the Fanboy / Entertainment / Best Shows Like The White Lotus