If so, he's not taking home any father of the year awards. 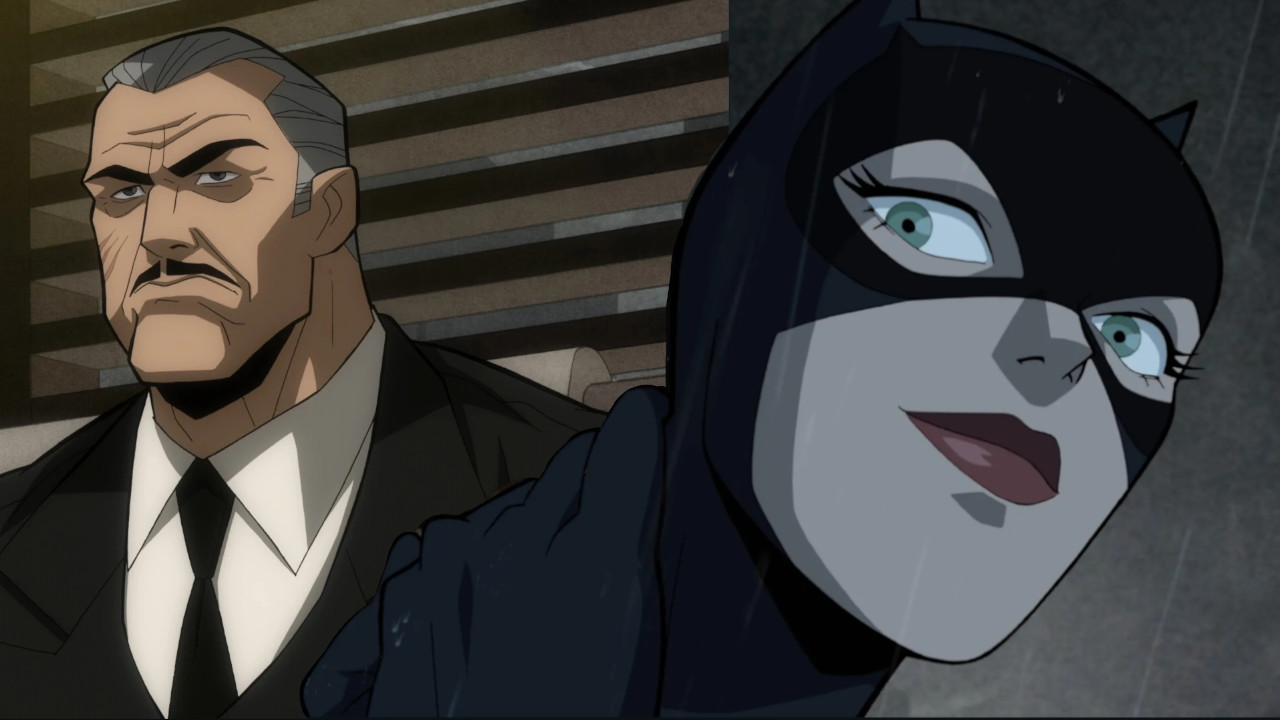 Batman fans have been exposed to the grand mythology of Gotham’s greatest defender for a staggering 83 years, and during that time we’ve learned many dark secrets of his incredible rogue’s gallery.  While some remain largely unchanged between interpretations, some of Batman’s villains have had some variations on their backstories, with different comic runs such as the New 52 and Rebirth contributing new ideas, or films taking new directions.  One of Batman’s most compelling, iconic characters is Selina Kyle, a.k.a. Catwoman, and her alleged father, Gotham crime boss Carmine Falcone.  Is Falcone Catwoman’s father? Read on for an exploration of this complicated history.

So right away, the answer is yes, but it’s complicated, as not every iteration of Carmine Falcone is explicitly addressed as being Selina Kyle’s father, and in some iterations, this is because he keeps it a secret.  The most recent take, 2022’s The Batman, confirmed for viewers without a doubt that she was his illegitimate daughter, but Batman: Dark Victory, a sequel to The Long Halloween on which the 2022 film was partially based, has Catwoman stating her evidence is nonconclusive about him being the father.

In the comics, it seemed to be to protect her from his ruthless father Vincent Falcone, who saw Selina as a weakness and plotted to have her killed, with Carmine’s wife sending her away for adoption is what saves her.  The 2022 film saw their dynamic as more of a dark secret, and as she exposed more of his misdeeds, he was ready to take her life with his own hands even with full knowledge of her being his daughter.

In addition to the comics and films, this relationship is even touched upon in the seminal Batman Arkham games, such as in Arkham City where Calendar Man heavily implies his knowledge of Catwoman and her connection to Falcone, as well as Hugo Strange making similar implications.

This isn’t to say that Falcone is consistently recognized as Selina Kyle’s father.  After all, the Gotham tv series foregoes this conclusion altogether, and the Christopher Nolan Dark Knight Trilogy features both characters, but their histories are seemingly unrelated.  But overall, the more canonically oriented Batman stories seem to indicate Catwoman is indeed Carmine Falcone’s daughter, whether he admits it or not.

For more on the latest adventures to be had in Gotham, be sure to check out our coverage of the upcoming Gotham Knights game, and more!

Attack of the Fanboy / Entertainment / Is Falcone Catwoman’s Father? Explained