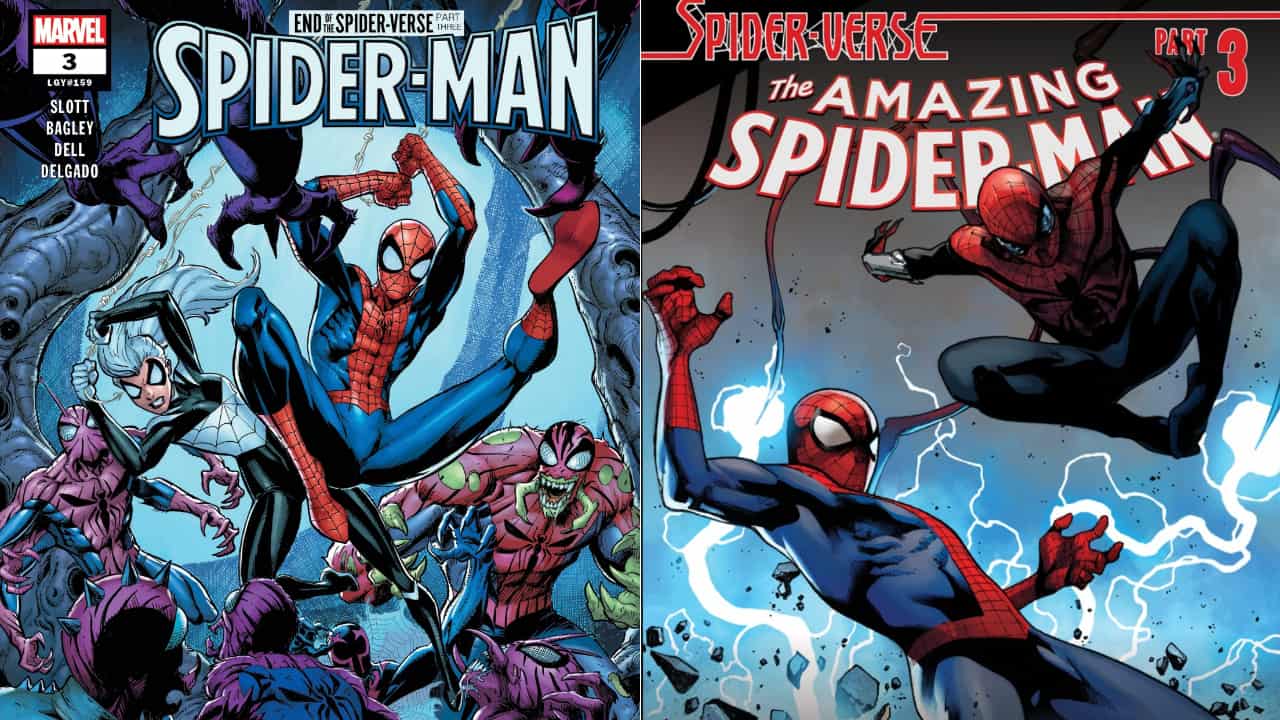 Amid Sony’s Spider-Man: Across the Spider-Verse official trailer hype, Marvel Comics writer Dan Slott has received much heat over his latest issue, Spider-Man #3. Interestingly, this is not Slott’s first rodeo with backlash over Peter Parker. However, the return of Peter B. Parker, Miles Morales, and other Spidey variants with Across the Spider-Verse trailer sparked much debate and concern among fans about what Sony and Marvel may have in store for the beloved wall-crawler.

Warning! The following parts of the article will delve heavily into spoilers for Dan Slott’s End of the Spider-Verse (2022) saga and Spider-Man #3.

In a twist most fans could not anticipate, Spider-Man #3 ripped Peter Parker out of the multiverse’s existence. Following the tragic conclusion to End of the Spider-Verse (2022), Miles Morales truly picks up the mantle of Spider-Man, which is precisely the reason behind the legion of divisive tweets on how “Peter Parker is Spider-Man!”

While social media hate for Slott’s take on Spider-Man is perhaps as old as his Spider-Verse saga, a plethora of tweets expressed fans’ disapproval over Earth-616 Peter Parker being erased from existence. A few tweets further insinuated a distaste over the slight misdirection in Spider-Man #3, which led most readers to believe that Earth-616 Peter was the most important Spidey variant in the multiverse. The notion of the Earth-616 webslinger being the prime variant was further solidified in the official description of Spider-Man #1 (2022) from Marvel, where Parker was referred to as “the Chosen Spider.”

To add insult to injury, Peter Parker was erased from existence by none other than Ghost-Spider, aka Gwen Stacy (Earth-65), who got infected by Shathra’s Wasp virus. In their attempt to bring Jessica Drew back, the remaining uninfected Spidey variants fight their compromised Wasp-faced brethren and sistren. Amid the combat, Parker (Earth-616) was stabbed by the magical blade wielded by Ghost-Spider. Thus, in the frames which mirrored MCU Peter Parker’s “I don’t want to go, Mr. Stark” moment, Spidey was apparently erased from the Web of Life and Destiny.

Although both Spider-Man and Jessica Drew can be brought back with an enchanted idol that was seemingly lost at the end, the way Miles Morales became Earth-616’s sole Spidey displeased many Peter Parker fans. Amid the adverse reactions of some fans, the opposing side resonated with Slott’s take on how Miles Morales’ Spider-Man would not chip away at Peter Parker’s legacy amongst fans. It is possible that such a negative reaction was amplified as this is not the first time Slott had temporarily killed Parker in 2012’s Amazing Spider-Man #700.

In a series of tweets, the 55-year-old comic writer responded to negative reactions to the last issue of End of the Spider-Verse. Slott tweeted: “”If someone else is also called #SpiderMan, if a fan young-or-old can see themselves in a Spider-Man that’s not Peter Parker, that’s a GOOD thing.”

While the fate of Peter Parker (Earth-616) is uncertain, it remains to be seen how Peter B. Parker from Spider-Man: Across the Spider-Verse or Tom Holland’s MCU Spidey will deal with passing the mantle onto Miles Morales.

More on Attack of the Fanboy :
Spider-Man