What is Valinor in The Lord of the Rings: Rings of Power? Explained

When you've got two tickets to paradise, but Galadriel wants neither. The Lord of the Rings: The Rings of Power has been a huge hit for Amazon Prime Video, amassing an impressive 25 million viewers for its premiere over its first 24 hours. The show has surpassed many other hit dramas instantly and presents LOTR fans with a fresh look at a vision of the Second Age full of blossoming friendships, new characters, emerging ancient evils, and more. But those who are familiar with Middle-earth’s geography might be wondering what Valinor is, and how it factors into the plot. What is Valinor in The Lord of the Rings: The Rings of Power? Read on for more information!

What is Valinor in The Lord of the Rings: Rings of Power? Explained 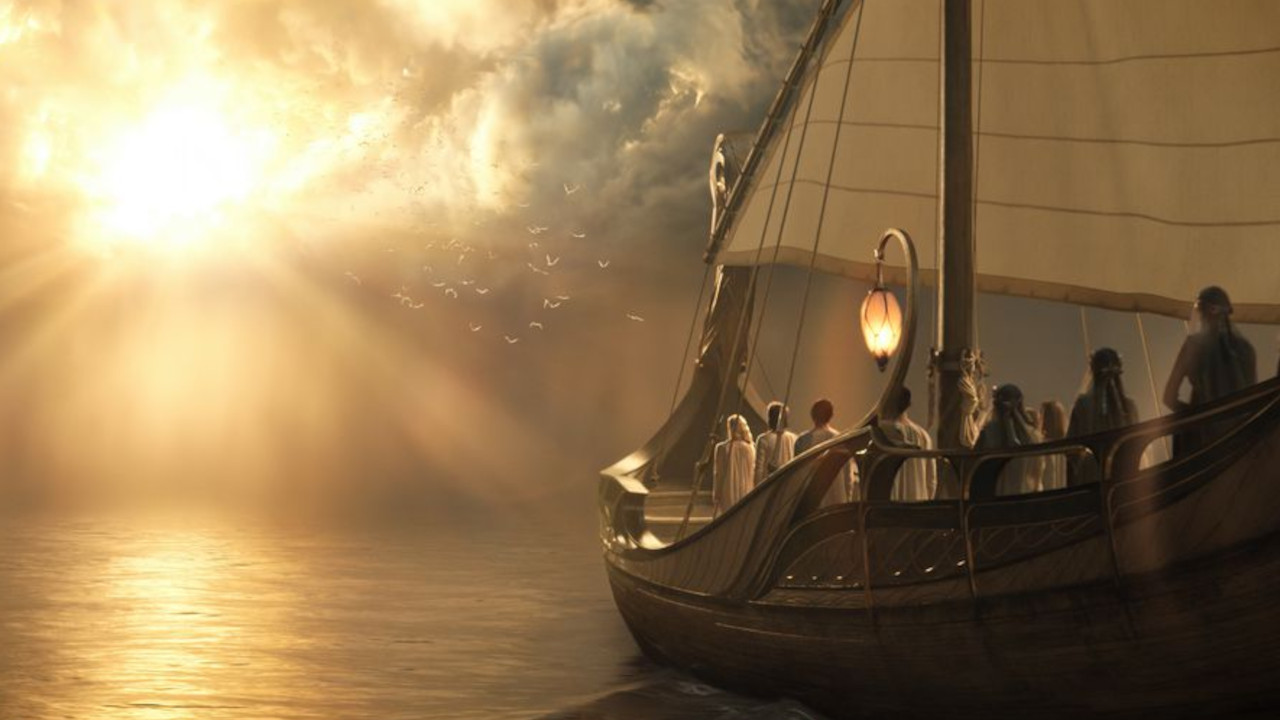 Despite our more general explanation of the Undying Lands, you might be wondering what bearing the place has on the plot of The Rings of Power. Valinor is the ultimate destination for the Elves away from Middle-earth, where they can live a life of eternal bliss in the land of the Valar, essentially gods in Tolkien’s universe, on the continent of Aman, west of Middle-earth. It is a realm that housed the Two Lamps and Two Trees of Valinor, which each provided light for the realm and its cities until they were destroyed by Morgoth.

The Elves who did not take part in the Kinslaying at Alqualondë in Middle-earth — the murder of an Elf by another Elf of the Ñoldor clan — were granted passage to Valinor via their special ships. Galadriel, despite being a Ñoldo, was not connected to the Kinslaying, and thus, when the Elves parted for Valinor, she was meant to depart as well. Galadriel, like many Elves, was born in Valinor, having gone across to Middle-earth with a desire to eventually rule over a realm of her own there.

Galadriel was present during the conflicts of the First Age in Middle-earth but did not participate in the War of Wrath or surrounding conflicts as she felt it was a losing battle against Morgoth. After this war, she and other Elves were offered a safe return to Valinor, and in the show, as we know, she jumped ship at the last moment to return and snuff out the remaining evil in Middle-earth, to carry out the mission left behind by her brother whom she lost to the war. Valinor was a paradise and sanctuary away from the mortal troubles of Middle-earth, but Galadriel still had her quest to carry out. This left her as the only Ñoldo left on the continent.

This concludes our coverage of Valinor and How it Connects to The Rings of Power! Be sure to check out our entertainment column for more coverage like this!

Attack of the Fanboy / Entertainment / What is Valinor in The Lord of the Rings: Rings of Power? Explained