Horizon Zero Dawn Guide: What is Bluegleam & Where to Find It

The latest news in the world of video games at Attack of the Fanboy
November 6th, 2017 by William Schwartz 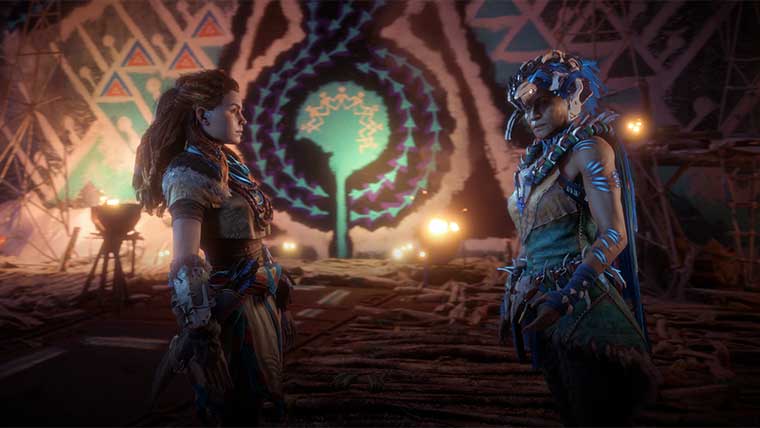 The Frozen Wilds DLC for Horizon Zero Dawn introduces a new item into the game that Aloy can find in the new area.  Early in the downloadable content on your way to The Shaman’s Path you’ll encounter a merchant that will accept Bluegleam as a currency to trade in.  This precious blue crystal can be found in numerous areas of The Frozen Wilds, by both exploration and through completing quests.

Taking the Shaman’s Path and completing this quest will get you started with your first batch of Bluegleam.  Some you’ll get by scavenging the area leading into the area where you’ll first encounter Ourea.  The reward for completing The Shaman’s Path quest will net you +6 Bluegleam and another single shard of the currency will be found on your way to the bunker.

Further along in The Frozen Wilds DLC quests you’ll encounter another character named Sekuli that will allow you to purchase a map of places within the zone that will give you hints on the map as to where you might find more Bluegleam.  This map can be purchased for 250 Metal Shards, 1 Goat Skin, and 1 Badger Bone.

As the difficulty in The Frozen Wilds DLC ramps up quite quickly, it’s important to collect as much Bluegleam as you can during your time in this zone and try and collect these powerful weapons.

Home / Games / Horizon Zero Dawn Guide: What is Bluegleam & Where to Find It