How to Change Suits in Spider-Man for PS4

A ton of different suits for Peter Parker to play with. 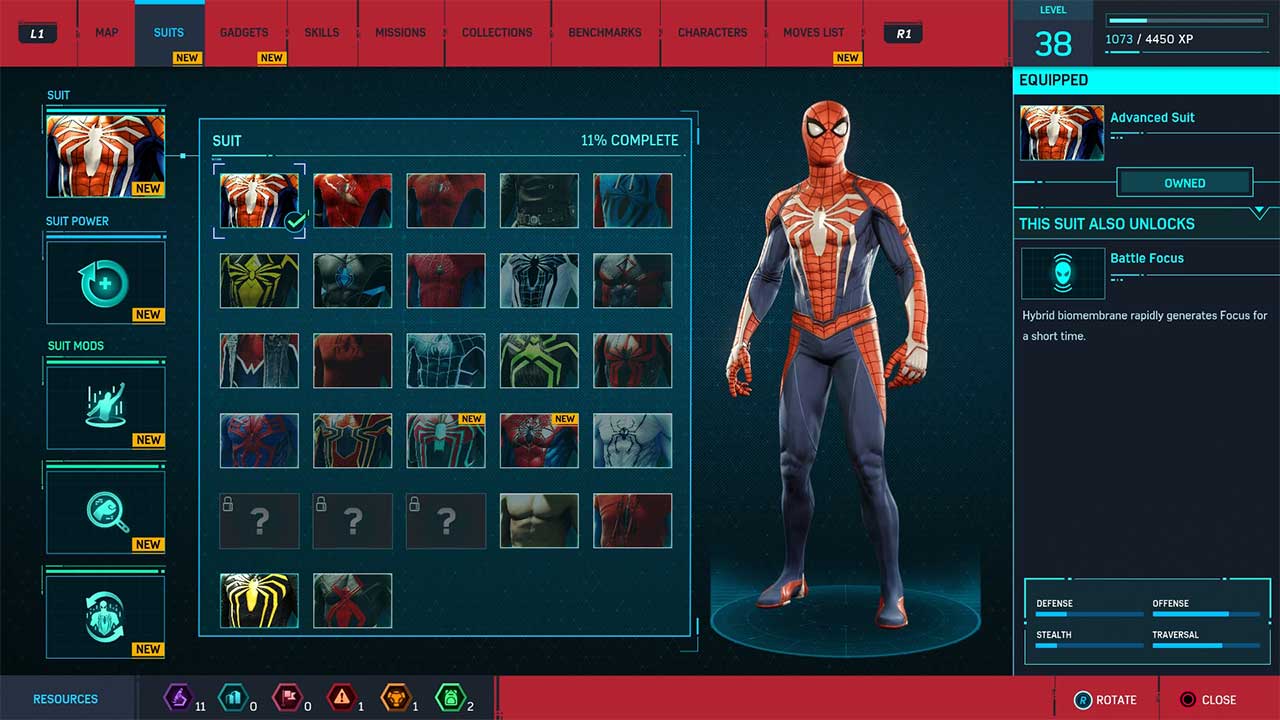 One of the great parts about Spider-Man on the PS4 is that Peter Parker isn’t confined to one particular suit.  In fact there are many different suits that you can change into in Spider-Man on PS4 and it’s quite simple to do so, assuming that you’ve unlocked them.

In Spider-Man on PlayStation 4 you can change suits that offer you unique abilities in the game and alongside giving you new powers, they’ll look different as well.  Changing suits is the easy part, finding new suits is the hard part as you’ll need to do a combination of things to unlock them and then purchase them.

To change suits in Spider-Man you’ll need to head over the menu by pressing the touch pad and then tab over to the suits tab to have a look at your collection.  Here any suit that you can see means that you’ve unlocked it and can currently access it if you’ve got the required materials.  If the suit has an image that is slightly dim it means that you’ll need to use tokens that have been collected in side missions to unlock the suit.  Once you done that the suit image will appear brightly and allow you to equip it.

Simply press the X button to equip the suit and you’ll be on your way.  If you see a locked icon on the box, it means that you can access the suit and that you’ll need to meet certain conditions to do so.  Suits that have a locked icon will be unlocked by completing different events in the game like character level.

Alongside the default benefits that a suit has, you can also upgrade suits by spending tokens on them.  This will allow you to add Suit Mods to any suit.

Here is a list of different suits that you can earn in Spider-Man for PS4 and their suit powers.

Wrestler Suit – King of the Ring – Allows you to throw enemies

Vintage Comic Book Suit – Throws out insults to your enemies

Equalizer Suit – Enemies go down in one hit, but so do you.

For a list of how to unlock suits in Spider-Man PS4 head here.

Home / Games / How to Change Suits in Spider-Man for PS4