Necromancer Diablo IV – What We Know About The New Class

Find out about this returning class in Diablo IV! 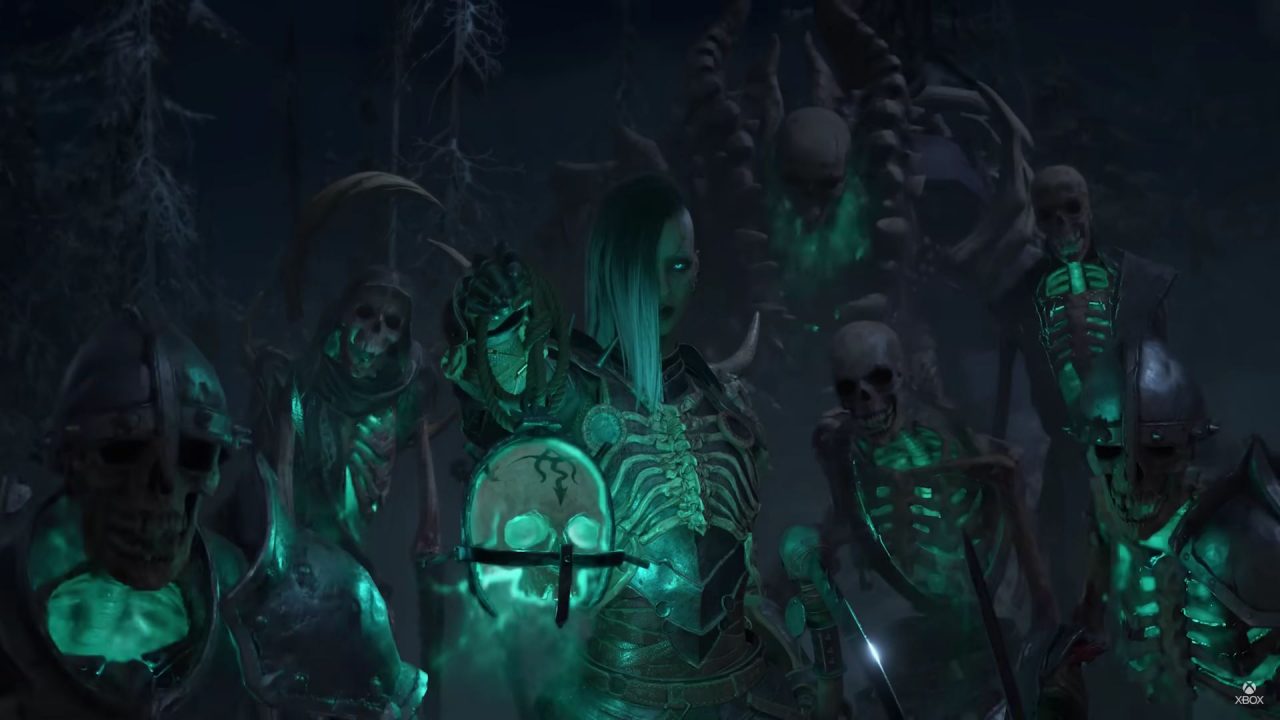 Fans of magic have something else to look forward to when Diablo IV comes to life again in 2023. You’ll be able to experience the title in the newest class, the Necromancer, where you’ll be able to harness the power of the undead to do your bidding.

While fans have been able to use the Necromancer for years, usually through the option of DLC, this marks the final class announcement for Diablo IV. With the short teaser that was shown today, it looks as if you are going to be able to harvest the use of your foes to spring back to life. You’ll also be able to use a sweet scythe to bring down your enemies, and a plethora of different magical abilities, as well as using the Book of the Dead to inflict massive pain on your enemies.

If you’re looking to take this class for a spin, you could always try to sign up for the Diablo IV Beta, by visiting this page here. With the announcement of this new class, we were also given a rough time estimate of when Diablo IV may launch, as well as confirmation of which platforms you’ll be able to play Diablo IV. Rumors were rumbling that Diablo IV would be skipping last-generation systems, but Blizzard has verified that it will be launching on Xbox Series X/S, Xbox One, PlayStation 4, PlayStation 5, and PC.

You’ll want to brush up on your necromancy skills to take on foes in massive PVP events, which were announced alongside this new class. You’ll also be able to play through the game in couch co-op, allowing you to experience this new title with a friend in the comfort of your home. If you’re looking to get into some new Diablo action, make sure that you check out our guide section for Diablo Immortal.