Teardown Console Release Date: Is It Coming to PS4, Xbox, and Switch?

Find out if you'll be able to blow the world to pieces on your favorite console! 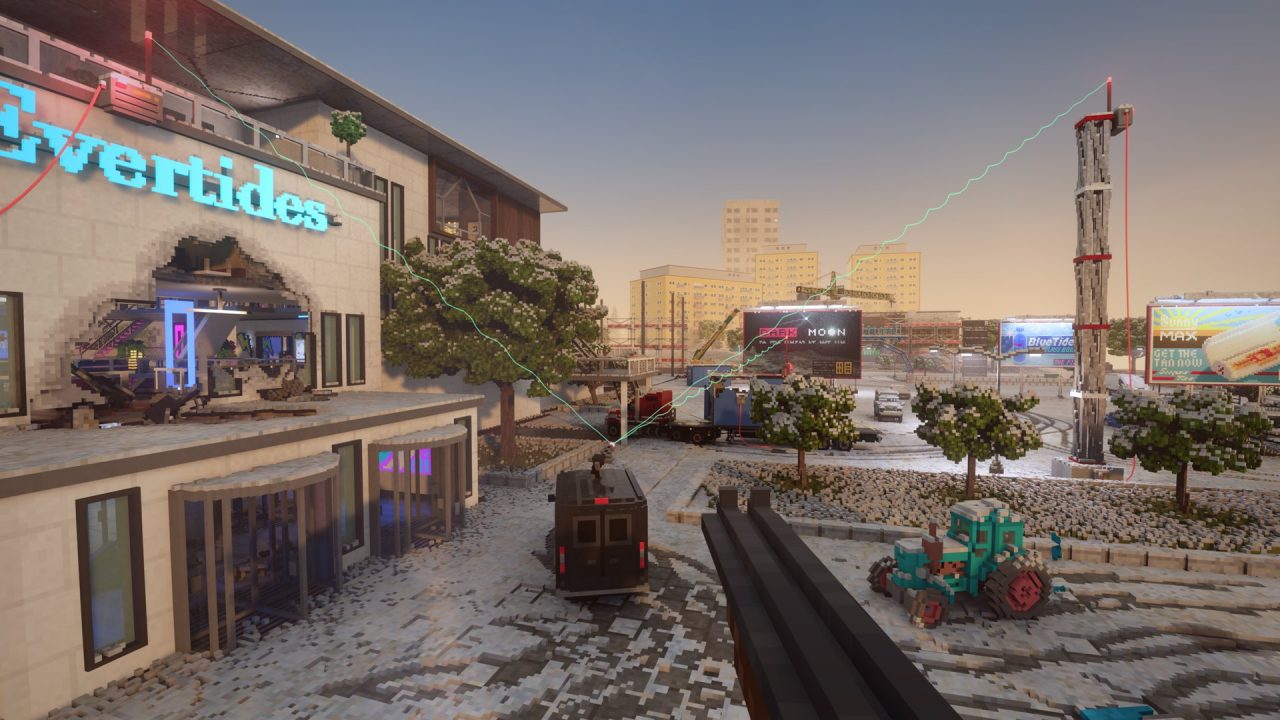 Teardown, developed by Tuxedo Labs is the perfect kind of game to have in your library after a long day. Offering not only a lengthy campaign, but you’ll also be able to launch into sandbox mode and let the beautiful voxel world crumble beneath your every move. Everything in the game is destructible, allowing you complete freedom to cause havoc as you please.

However, you may need a fairly powerful PC to run this game. especially with the raytracing capabilities that are required to run the engine. If you aren’t ready to drop some serious cash into your PC, you may be holding out hope that Teardown may make its way to consoles. Let’s take a look and see if there is a chance that Teardown will make its way to PlayStation 4, Xbox One, or Switch!

Is Teardown Coming To Consoles?

If you’re looking to experience this glorious sandbox title in its full glory, you may need to plunk down some cash to upgrade your PC, as it is currently a Windows title at heart. With its current graphics engine, the ray tracing technology that gives the world the sheen that it has cannot be turned off, and while the Xbox One and PlayStation 4 are fairly powerful systems, they more than likely would not be able to keep up with the technology under the hood.

And while the Nintendo Switch is the hybrid system of our dreams, the lack of power would make this a title that would never be able to touch the system, unless they were able to bring it over like a cloud title. However, Cloud Gaming is not exactly the most stable thing for the Nintendo Switch, which could sully the experience for those that are looking to partake in the fun of a fully destructible environment.

There may be some hope for owners of the Xbox Series X/S and PlayStation 5, however. With the boost in power that those systems contain, they would be able to handle what Teardown would throw at them. According to the developer of the title;

We have no plans for other platforms at the moment, but it might change in the future. Consider this a Windows/PC title for now.

So, there may be a chance to see Teardown make its way to these more powerful systems, but it may be a bit of a wait just yet. While the graphics may be simple in their voxel form, the ray tracing and real-time physics push many high-end PC’s to their limit. We will just need to hold on to hope that we will be able to play these on the big screen with our favorite consoles. Thankfully, if you’re looking to emulate the console experience, you’ll be able to play the game with a controller to help you feel a little better about the lack of console support currently.

Teardown is available now as a PC exclusive.

Attack of the Fanboy / Gaming / Teardown Console Release Date: Is It Coming to PS4, Xbox, and Switch?