Bleeding Edge – How to Use Super

These abilities take time to earn, yet pack a punch. 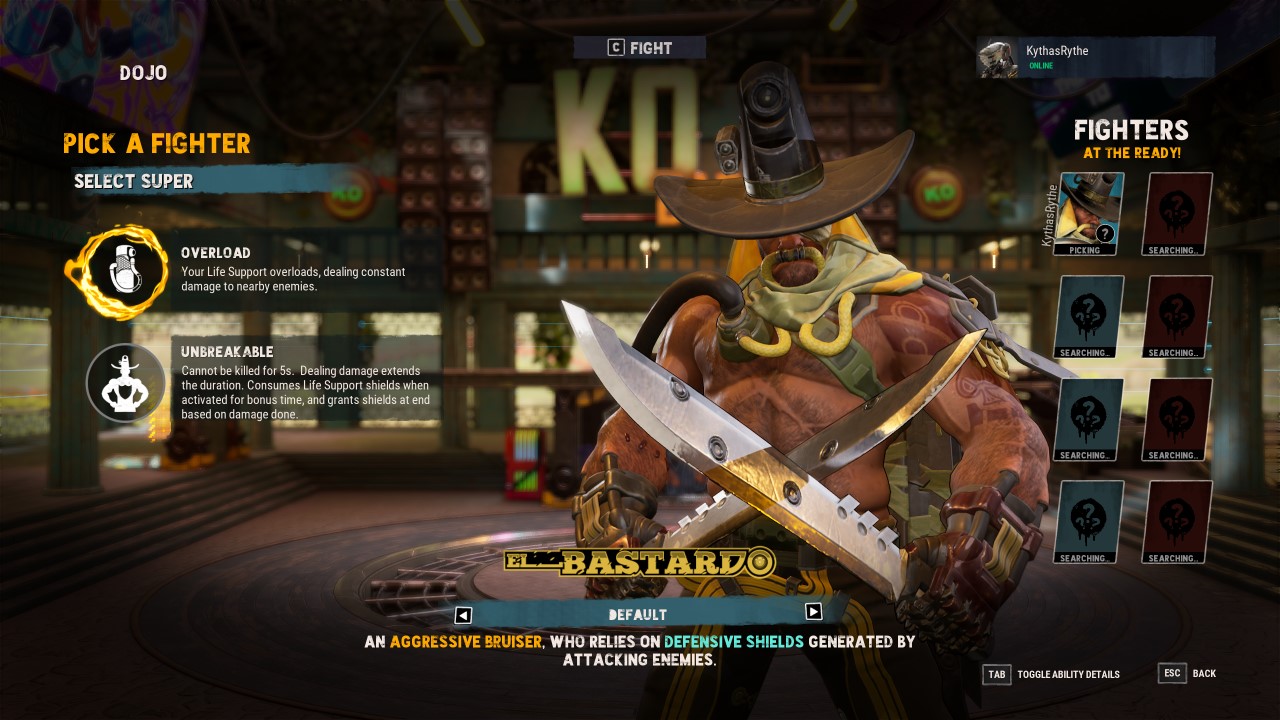 Like many competitive games with heroes, Bleeding Edge equips each with a powerful super that can turn the tide of battle, though here you get two to choose from!

Pick a super when choosing your character either at the start of a battle, or at the respawn area.

Every character in Bleeding Edge has two supers to choose from, but only one can be equipped at a time. These can range from extra damage, increased life-leach, to crowd-control stuns, so it is important to pick the one that best counters the opposition. A super can be changed at any time from the character select screen in the respawn area (by clicking H or Up on the D-Pad).

Supers are charged by dealing damage, healing as a support character, and over time. The sooner you want to use it the more proactive you need to be. Once a super is ready to go the super icon on the right of the HUD will pulse with yellow flames, and clicking R or the left-bumper will activate it. You can die during activation, so don’t think for a second these make you invincible unless they explicitly say so (like El Bastardo’s Unbreakable). In Bleeding Edge you will not have your super refunded if you die while deploying it, so if you are about to die and the super won’t save you then don’t use it.

Home / Game Guides / Bleeding Edge – How to Use Super