Head to the northeast rim of the volcano, overlooking Pressure Plant and Sunny Steps. 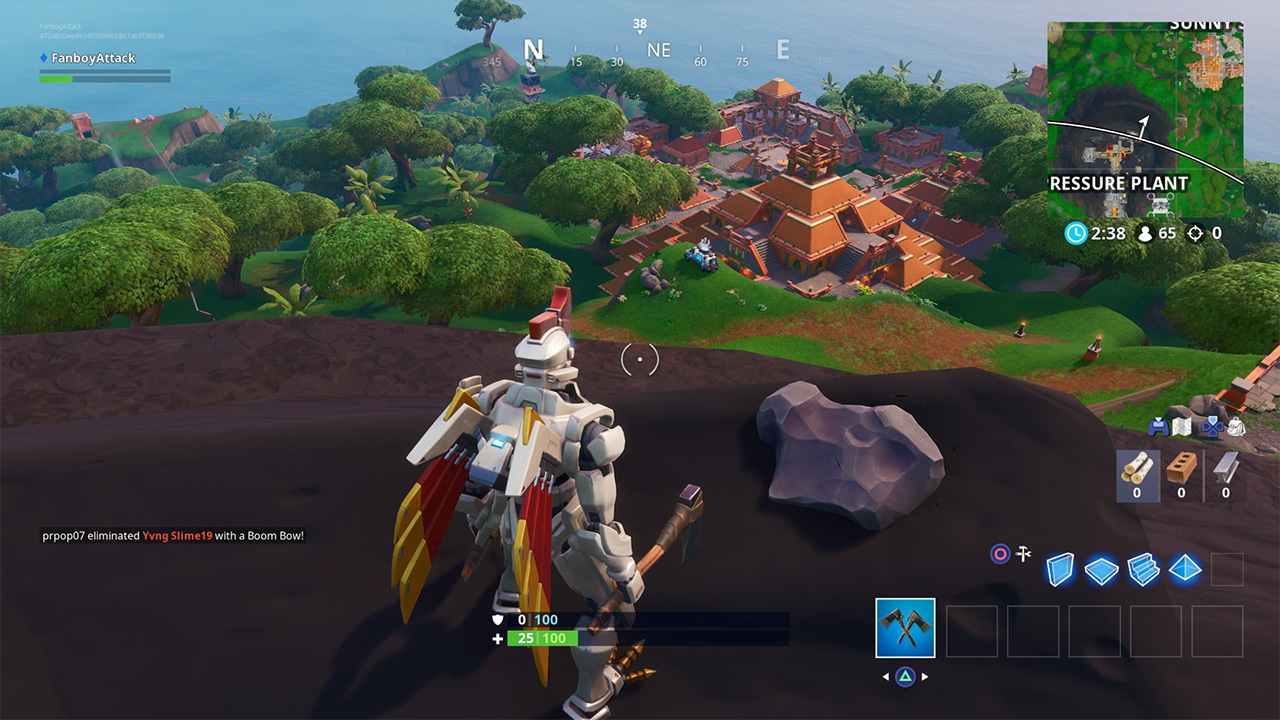 Before heading out to the volcano rim to find the Fortbyte you’re going to want to have progressed to Tier 38.  The Bunker Basher Pickaxe is a reward that you can earn by reaching this level.  Once you have the item you can then equip it to your character and then look for the rock at the volcano.

Smash the Rock at the Highest Point of the Volcano Rim 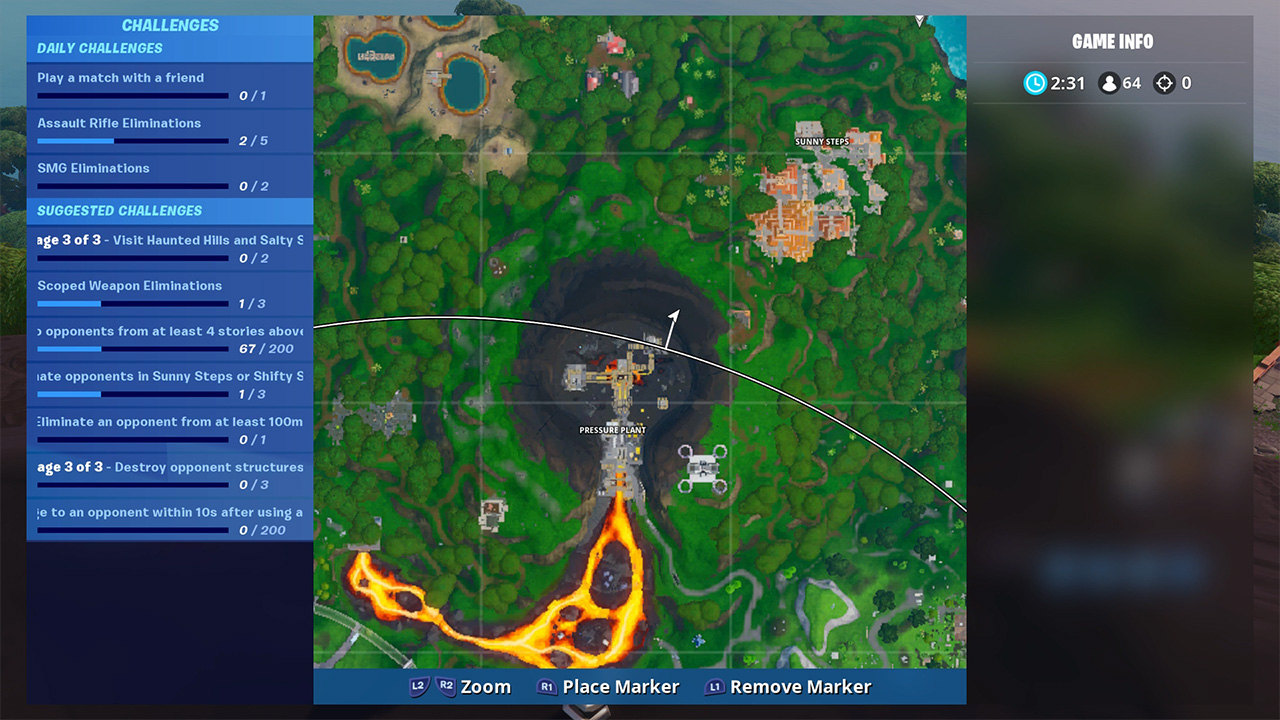 The clue for Fortbyte #80 is pretty straight forward.  You’re looking for a rock at the highest point of the volcano rim.  The rim of the volcano will be the area that surrounds the Pressure Plant.   The rock that you are looking for is on the northeast side of the volcano.  Head to the top of the area overlooking Sunny Steps and you’ll find a rock.  Simply use the images above to pinpoint the exact location of Fortbyte #80 in H3.  If you do not have the Bunker Basher you will not be able to interact with the rock to collect the item.

That’s all there is to know about collecting this Fortbyte, but there are plenty of others to find.  During Season 9 a new Fortbyte will be added to the map each day.  If you need help tracking them all down you can check out our Fortbyte locations guide.