Gears Tactics – How to Customize Characters

Battle the locust horde in style. 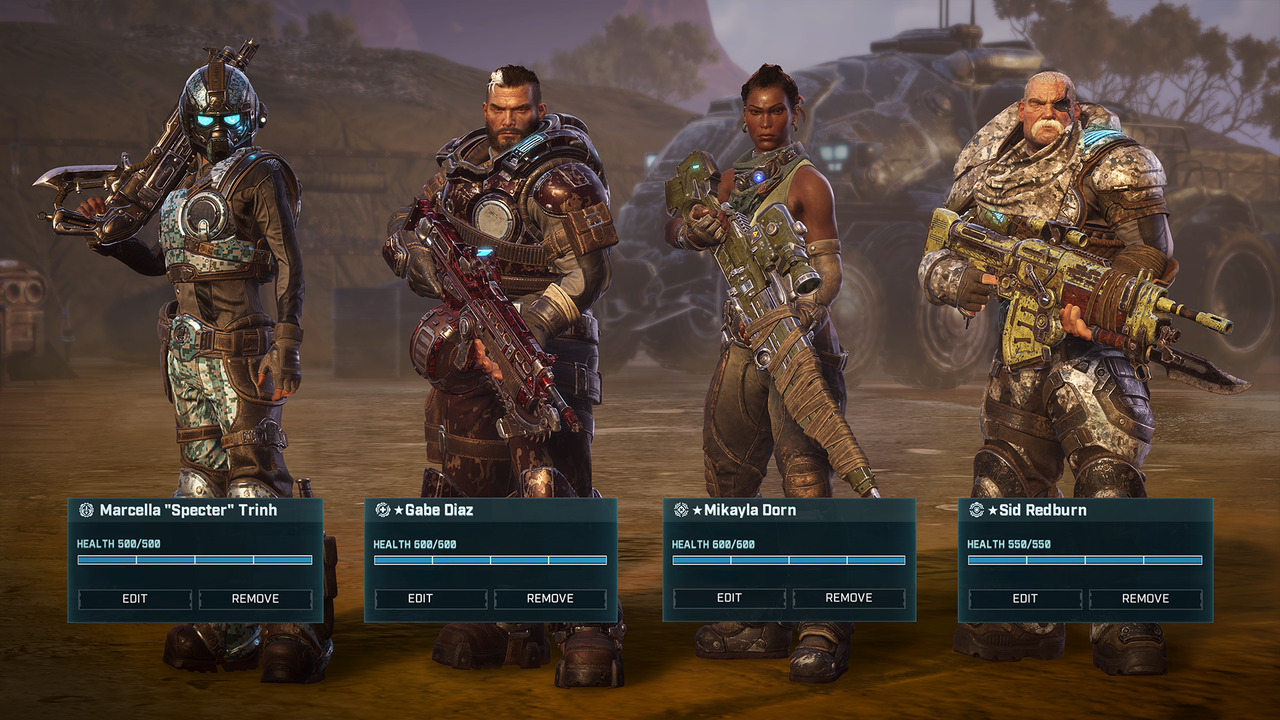 Gears Tactics lets you recruit generic soldiers of all classes alongside the more prominent hero units like Gabe and Sid, and you can customize these characters any way you see fit to create your own personal squad. Like XCOM, customizing your characters is a large part of the game, and thankfully, Gears Tactics provides a wealth of cosmetic items to allow you to modify every aspect of someone’s appearance. Weapons, armor, clothing, and accessories can all be tweaked, even on the named hero units.

How to Customize Characters in Gears Tactics

All characters in Gears Tactics can be customized, but the hero units cannot have certain aspects of their appearance changed. Hero units like Gabe and Sid can only have their weapons and armor modified, so you can’t customize the finer details of the main characters. Standard troops are fair game when it comes to customization, and you can alter whatever you’d like with these soldiers. Unfortunately, Gears Tactics does not provide any way to change units’ faces, but you can change just about everything else.

To customize characters in Gears Tactics, proceed to the Barracks and select the character you’d like to customize. From there, you can select their main weapon under Loadout and fit it with a variety of attachments and paint jobs. Under Armor, you can change the character’s helmet, upper armor, and lower armor, choosing between the various pieces you’ve found out in the field. These are the only customization options available to hero units.

To customize a troop’s appearance in Gears Tactics, select the character you’d like to customize and scroll below Loadout and Armor to the Appearance section. There, you can change that troop’s hairstyle, clothing, and headgear as well as make minor modifications to things like tattoos and scars. At the bottom of the menu, characters can also be renamed, allowing you to enter a custom first and last name and choose from a long list of preset callsigns.