Don't even give the defenders a chance at the ball. 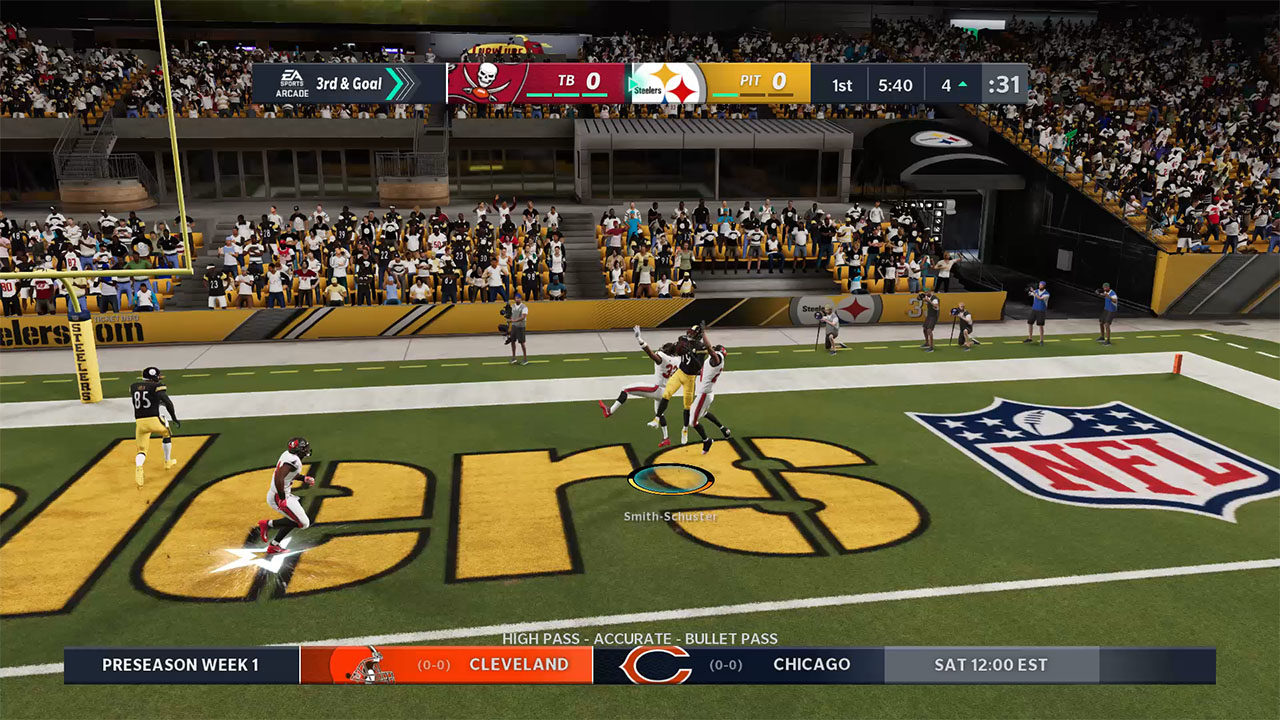 The Madden series has seen a lot of improvements in the passing game over the years that have made it much involved if you really want it to. You can still just literally press the receiver button and pass the button like has been the case in football games dating all the way back to Tecmo Bowl if you want. However, the most effective players will take full advantage of everything they have available to them in Madden 21. The high pass is one of those extra things you can utilize in the game and this guide will break down how you can pull it off.

How To Throw A High Pass

There are many different kinds of passes in Madden 21, each with their own pros and cons. The high pass in particular is very useful as a pass that only your receiver has a chance at. It’s either going to be overthrown or be in the hands of your receiver as they stretch up high for it. This can avoid throwing interceptions as a result, but still will require a really good wide receiver to pull off most of the time.

To execute a high pass in Madden 21, all you have to do is hold down L1 and then press the corresponding button for the receiver you are attempting to throw to on that play. By doing that, you will throw a high pass to said receiver that only they should be able to try and catch.

Another weakness to the high pass is that it leaves your receiver very vulnerable to a big hit after the catch, which may either injure them or cause them to drop the ball. That’s why they are best used in the end zone on a fade or something to where they hopefully can hold onto it long enough to get the TD call.