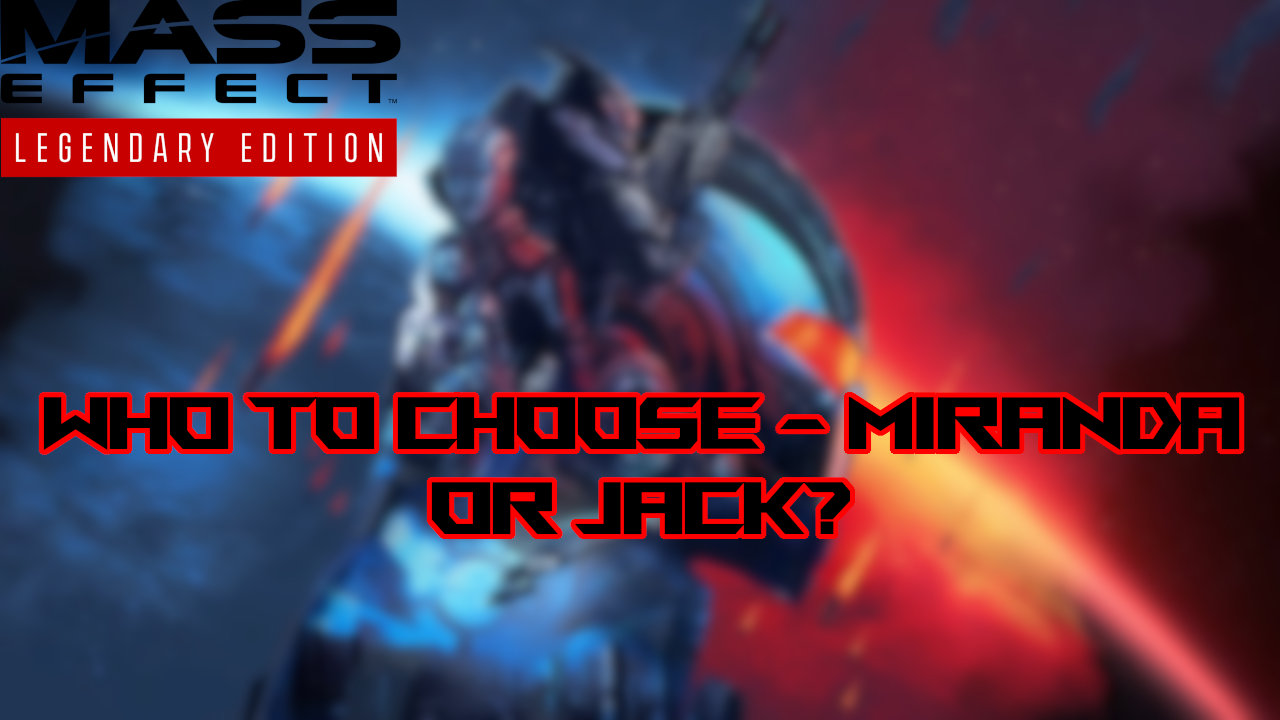 In Mass Effect Legendary Edition, Miranda and Jack are both characters that you will have a lot of interaction with, throughout their staying within the crew. In Mass Effect 2 in particular, you get to decide which of the two to approach more after some events take place. There is also a chance that one can die due to some other circumstances and depending on if you chose that person to befriend respectively, so if you want to find out more about this, check out below.

Whose Loyalty to get in Mass Effect Legendary Edition, Miranda or Jack?

Jack and Miranda pretty much have the same personalities, both being extremely capable and strong females on their own and biotics users as well, but one is an enemy to the other since Cerberus is involved, from Miranda’s side. If you decided to complete the Loyalty mission for each of them, the result will be to them confronting each other with you as Shepard, having to choose a side.

We can’t go into more detail without spoiling some stuff, so I will fast forward to when you actually have to choose which of them to earn their trust of. Let me start by saying that whichever you pick, it will have some impact to gameplay, and a lot of story elements will be different. Not only that, but there is actually a third route you can follow, in which both characters stay calm and you avoid taking anyone’s side. This would be the best outcome you should choose, and if your Renegade or Paragon ranks are high enough, it is easy to do so. The dialog is rather self explanatory as to what your picks should be to reach this state, so don’t be afraid to just click the obvious. In case you do end up though having to choose a side, it is a little more complicated.

If you’d like our suggestion, your choice should be Jack. I know, everyone has a weak spot for Miranda, but if you don’t side with Jack during this argument, you risk the chance of her actually dying later on. She is way more vulnerable than Miranda in later events, her reasonings are also more logical, and let’s face it, Cerberus treated her like garbage so let’s cut her some slack.

If you don’t care about any of that, feel free to side with Miranda. She will be kept safe alongside you, and won’t have to worry about her being in vulnerable spot during the final phase of the game. Overall, it is all a matter of preference and risking to not have Jack with you anymore as she, well, will be gone. As with any other choice in this massive collection called Mass Effect Legendary Edition, your actions and consequences will follow you to the next entry of the series, so just be aware of that as well.