How To Capture Monsters in Monster Hunter: World 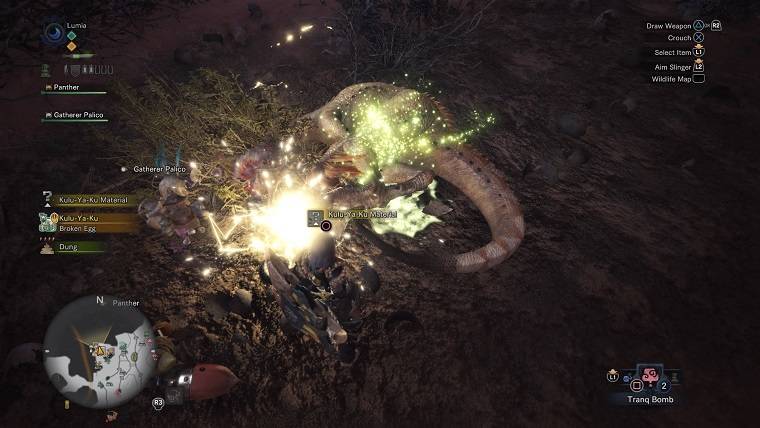 As indicated by the title of the game, Monster Hunter: World has you hunt monsters of all shapes and sizes in order to complete a quest. Typically, this means that you means that you’ll have to kill the monster in the question, but once in awhile they will ask you to capture the monster instead, presenting a new set of challenges.

Capturing monsters is generally more difficult than simply defeating them for a variety of reasons, chief among them being that their health needs to be below a certain percentage. This percentage isn’t the same for every monster, but you can tell they’ve reached that point depending on their behavior (usually limping).

The other reason is because you need to bring extra items to make the traps (Trap Tool + Thunderbug/Net) and tranquilizers (Sleep Herb + Parashroom) to actually capture the monster. None of the materials are particularly expensive or hard to find, but they do take up extra space that could have been better served holding other items. 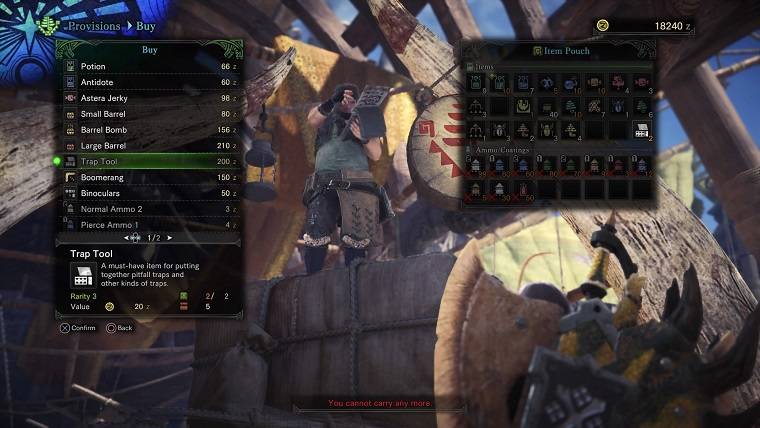 It’s a laborious process, but not one without merits: not only does capturing allow you to “defeat” a monster well before they would go down normally, but you get rarer materials compared to what you would get from carves. As such, you’ll soon find yourself only capturing monsters to save time and get rarer materials in the process.

So how do you capture monsters, you ask? Simply make sure the following conditions are fulfilled:

— The target is sufficiently damaged (Weakened)

— The target has been hit by tranquilizers (Tagged)

The order these occur don’t actually matter. For example, you can go the traditional route by ensuring that a monster is weakened before trapping and tagging it, or you could tag and trap it, then weaken it while its immobilized. One important thing to note, however, is that you should wait for the monster to stop moving before you set up the trap. Novices often drop one as soon as the monster starts limping and since the monster will completely ignore the hunter and head straight for its lair, they’ll often limp past the trap completely.

At any rate, once all three above conditions have been reached, then the monster will be captured and the mission will be marked as complete.

The process might take some getting used to, but after a few tries you’ll soon be able to capture every monster you come across in Monster Hunter: World and earn the extra bonuses that come from doing so. Happy Hunting!