How To Mount Monsters in Monster Hunter: World 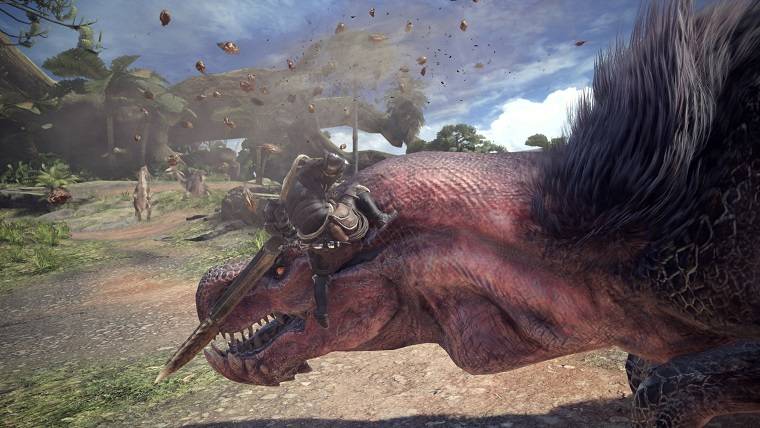 Hitting a monster isn’t the only way to topple a monster in Monster Hunter: World. Sometimes it’s easier — and more fun — to jump on a monster’s back and ride it around for a bit until it tires itself out and falls over.

From beginning to end, the process of mounting (and riding) monsters isn’t all that difficult. That said, it does take some getting used to, and there definitely certain instances where mounting them will be easier than others.

To start, make sure you’re at a higher elevation than the monster you want to ride. Ideally, the monster won’t be aware of your presence, as you don’t want it to be moving around and acting aggressive while you’re getting into position. Furthermore, you’ll want them to be relatively close to your position, since its not always a given that you’ll be using the Glider Mantle to increase your airtime and close the distance.

Once everything is set, simply jump towards the monster’s back and if done correctly, the monster will grab hold of the monster and you’ll enter a minigame. 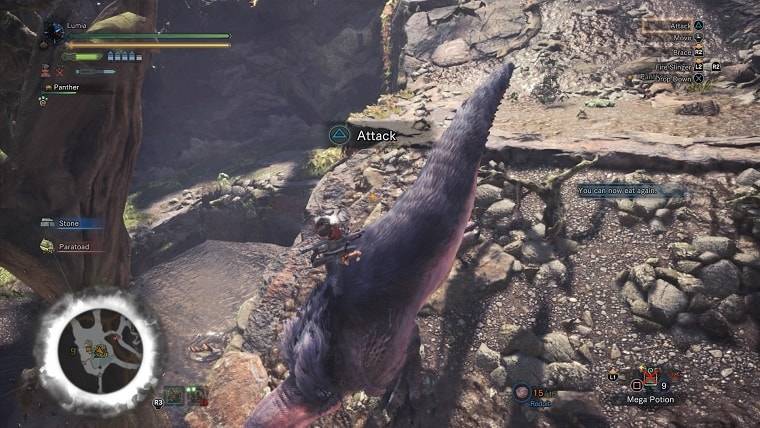 During the minigame, all you need to do is press the appropriate button when prompted to either attack or brace. Attacking will wear down the monster and bracing will prevent you from falling as the monster leaps and thrashes about in a desperate bid to knock you off.

If you manage to hold on for long enough without your stamina falling to zero, then the monster will fall over and you’ll be able to attack uncontested for a few precious moments. Make them count!

That’s all you need to know about mounting monsters in Monster Hunter: World. Just be sure to have enough stamina and pay attention to the button prompts, and you’ll be set. Happy hunting!