NBA 2K20 How to Double Team

Stop scorers with a little help. How to Call for Double Team in NBA 2K20 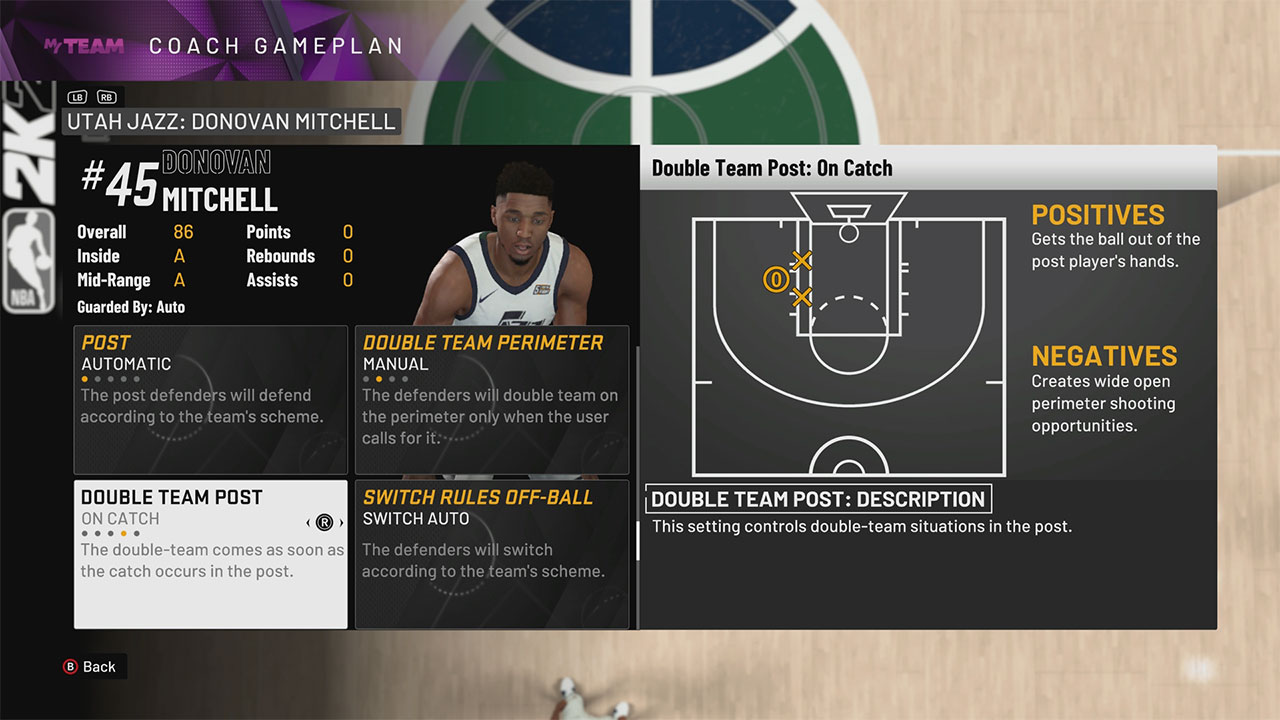 How to Automatically Double Team with CPU

There are some other ways to perform a double team in 2K20. This involves some of the coaching options in the game. If you go into the Gameplan settings in the pause menu you can choose to double team a specific player on different spots on the floor. For example, in the image above we are looking at trying to stop Donovan Mitchell. We want to double team him every time he has the ball so we will change the settings on the Double Team Perimeter and Double Team Post options. We will change this from manual to automatic and the CPU will always double team him in these situations.

Within these options there are numerous ways to actually double team and each of them have positive and negative effects. Read these to make sure that you know what exactly will happen when the player you want to double team gets the ball, as sometimes it can create wide open shots for other players on the team.