Knowing the controls is half the battle, you'll need players with high dunk ability as well. 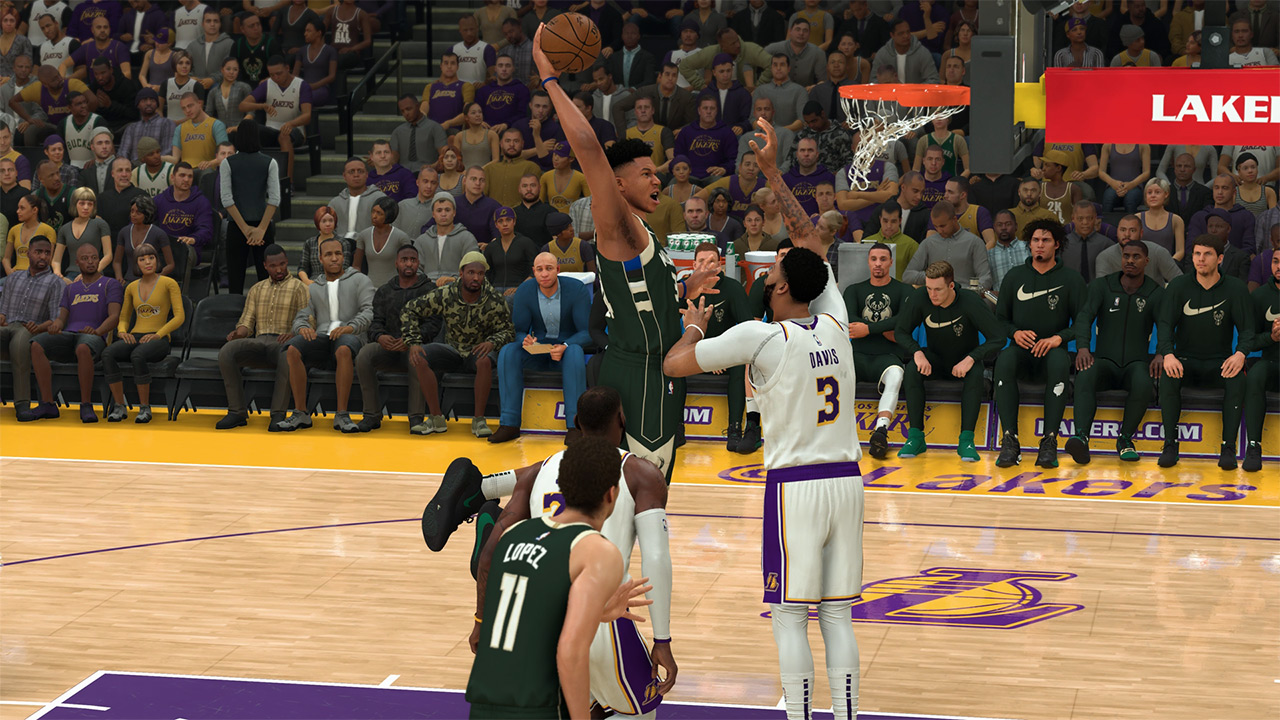 Dunking is one of the most exciting plays in basketball and equally exciting on the virtual courts of NBA 2K21.  There are some things that come into play with dunking in NBA 2K21 that you need to understand.  From player abilities to using the right dunking controls.  The types of dunks that you are capable of will ultimately depend on the stats of the player you are trying to dunk with, so keep that in mind when dunking in 2K21.

If you want to try a dunk want to leave up to the cpu as to whether you attempt a dunk or a lay-up and what type of shot you want to take you can simply use the shoot button when you are close to the hoop.  Press the X button (Xbox) or Square button (PlayStation) when moving towards the hoop to attempt a dunk.

How to do Two Hand Dunk

Flashy dunks are hardest to do but can be done by pressing the RT + holding down on the right stick.  If your player is a player with a high dunking ability, they will automatically try to perform a flashy dunk in the appropriate situations.

*For PlayStation controls on these just press the R2 button.

Not all players can dunk

You might think that every player in the NBA can dunk, but that’s not the case in this game.  If you attempt a dunk with a player who is unable to dunk due to stats in the game, they will attempt to perform a lay-up instead of a dunk.