Evading the true terror of the deep. 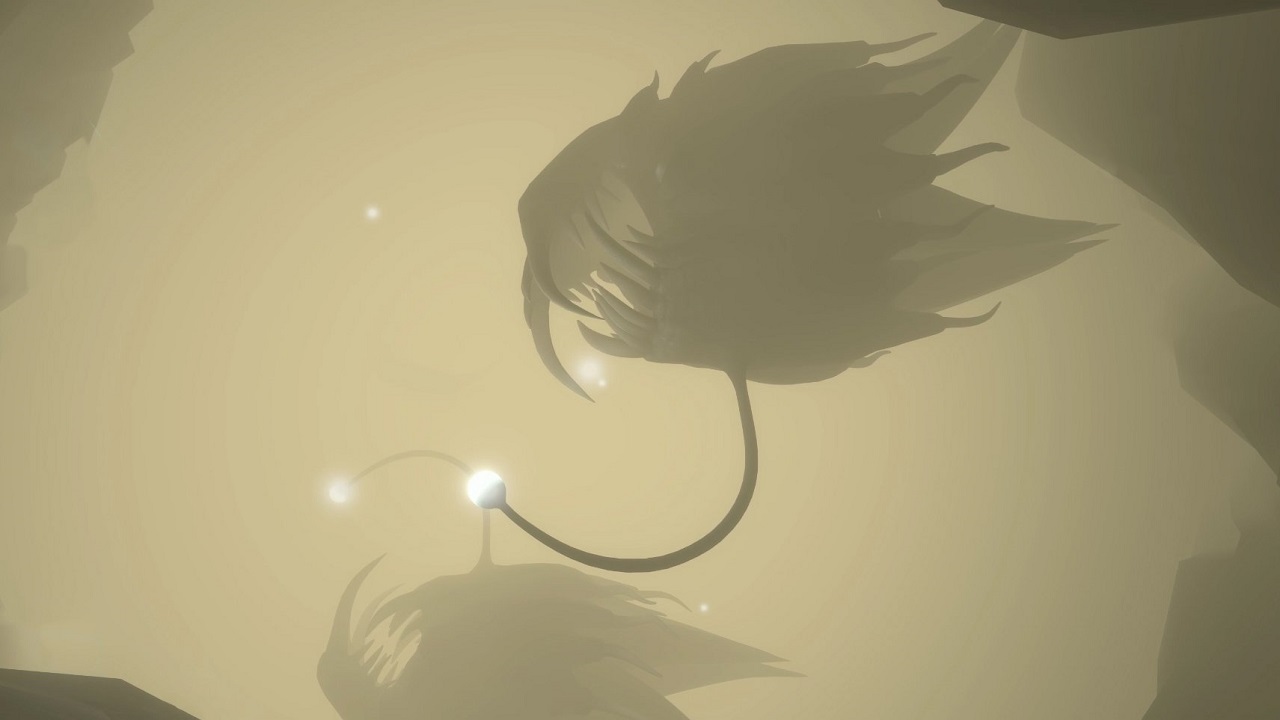 When exploring the Dark Bramble in Outer Wilds, you’ll come across a certain enemy that will spell certain doom if you don’t take measures to stay out of their sight. The Angler Fish is arguably the most dangerous thing you’ll come across in the game, and with absolutely no way to fight them, the only thing you can do is just avoid them. Problem is, the Angler is not only huge, but extremely fast as well as it can eat you within seconds of being spotted. However, their is a way to keep this from happening, and here is how to avoid the Angler Fish in Outer Wilds.

How to Avoid the Angler Fish

You’ll only find the Angler Fish within the confines of the Dark Bramble, which is near the core of a planet that looks like a weird seed, similar to the one that crashed on Timber Hearth. Once you enter the Dark Bramble, your vision will be slightly obscured by some heavy fog. The only things you’ll be able to see are glowing lights that are scattered through the area. However, one of those might just be an Angler Fish lurking beneath the fog waiting for some unfortunate soul to wander their way.

Despite the unlikely voyage that awaits you in this terrain, their is one thing you have to your advantage; the Angler Fish are completely blind. They can’t see you even if you’re passing right by their huge faces. Basically this means you’ll need to sneak around any potential lights in the fog, because while they may be blind, they react to any and all noise around them. If you accidentally crash the ship into any of the brambles, they will rise up and speed their way over to you in a matter of seconds. Trust me, it’s a truly frighting thing to hear, and see.

Because this is such a perilous venture, we don’t recommend leaving the safety of your ship while your inside the Dark Bramble. This won’t change much in the grand scheme of things, but your jetpack will become necessary when you’re moving about the area, and the Angler Fish will hone in on that sound right away. So with this in mind, you must, and we repeat, YOU MUST gently tap the ships thrusters when entering the Dark Bramble.

When you enter, give one more light boost for the ship, so that it can slowly drift through the Bramble itself and around the lights, and eventually to your destination. This may take a few tries for you, as the Angler Fish will react to even the slightest of moments and vibrations. Once you get it down though, you should be able to fully explore the Dark Bramble and uncover its hidden secrets, provided you don’t mind that their are giant fish monsters lurking everywhere.