How to route the subway train 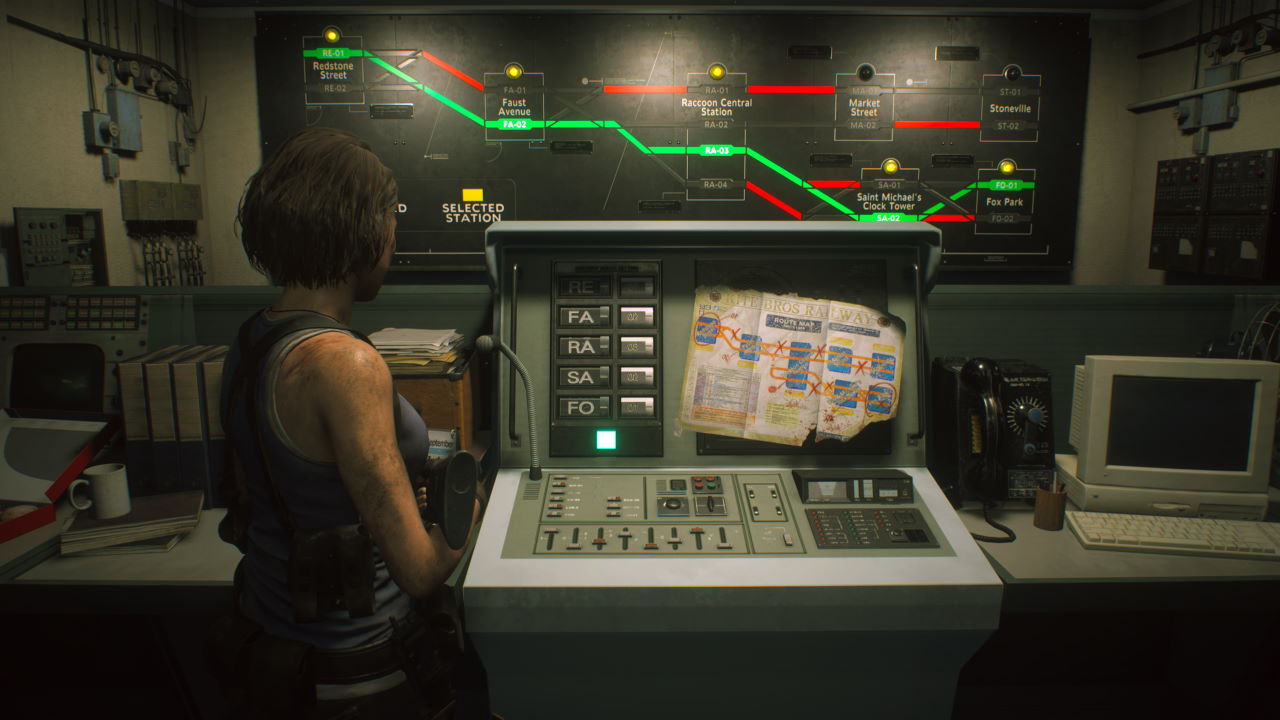 Despite the series featuring them quite prominently throughout its history, Resident Evil 3 Remake actually doesn’t feature a lot of puzzles. It’s more streamlined and action focused, pushing you forward as Nemesis is always just one step behind Jill as she tries to escape zombie infested Raccoon City. But one early puzzle does pop up that could give you some trouble. As you prepare to jump on the subway train and leave the downtown area you have to plan out the route the train will take. Here’s the subway route solution for Resident Evil 3 Remake.

The trick to this puzzle is right in front of you. Check the map that is provided, sitting on the terminal where you have to choose which path the train will take. There’s marker all over the map though, so figuring out which are safe routes and which lead to dead ends can be challenging. If you look closely though you’ll see the pattern, which involves the first two letters of the station name and the number of the track, counting down from the top. Here’s the full solution, if those tips aren’t enough.

Set the terminal to this and hit enter to have the computer check to make sure it’s a safe and secure route. It should be, unless Capcom is pulling some randomization shenanigans with Resident Evil 3 Remake. If your game ends up being somewhat different, just not the track number and station name to figure it out. It should be pretty easy once you know how this system works.

So that’s the subway route solution for Resident Evil 3 Remake. Not one of the series’ tougher puzzles, but it sort of pops up out of nowhere in RE3. You’ve been running and gunning the whole time then the game asks you to think and it can be tougher than normal.