Sniper Ghost Warrior 3 Guide: How To Use Drone 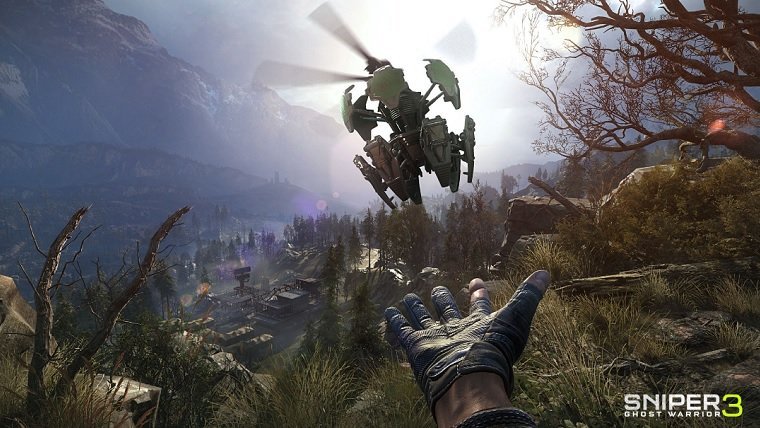 Much of Sniper Ghost Warrior 3’s gameplay involves you moving in on an enemy base and then figuring out how you’ll take out all of the baddies within it. While getting an idea of the layout of the area and all of the enemies is possible with a good sniping spot, you won’t always have that option at your disposal. It’s in these situations where you’ll instead want to use the drone, allowing you to move around the area and tag enemies before you throw yourself in the line of fire.

Deploying the drone is actually very easy, as all you have to do is press up on the d-pad. This will cause your character to fling the drone into the air, which will then shift you to the drone’s point of view as you control it. You move the drone with the left analog stick and adjust the camera with the right analog stick, with L2 and R2 / left trigger and right trigger decreasing and increasing its elevation, respectively. Getting an enemy in the drone’s sights will tag the enemy, showing you their location at all times.

One thing to keep note of when utilizing the drone is that it controls very awkwardly, as it bobs around pretty erratically at times. The key to keeping it from going nuts is to take things very slowly, making your turns subtle to avoid losing control. There’s also a battery to take note of, which can be upgraded to last longer at your safe house. It can also be equipped with things like night vision and thermal vision sights, which come in very handy.

Finally, you need to remember that enemies can spot the drone, causing them to alert their allies and getting you in trouble. While you can move the drone out of range to avoid the alert status, you can also just press up on the d-pad to quickly cancel the drone. Just keep a safe distance with your flying robot ally and you shouldn’t have any issues.