Spelunky 2 – How to Kill or Get Away from the Ghost

What to do when the ghost appears 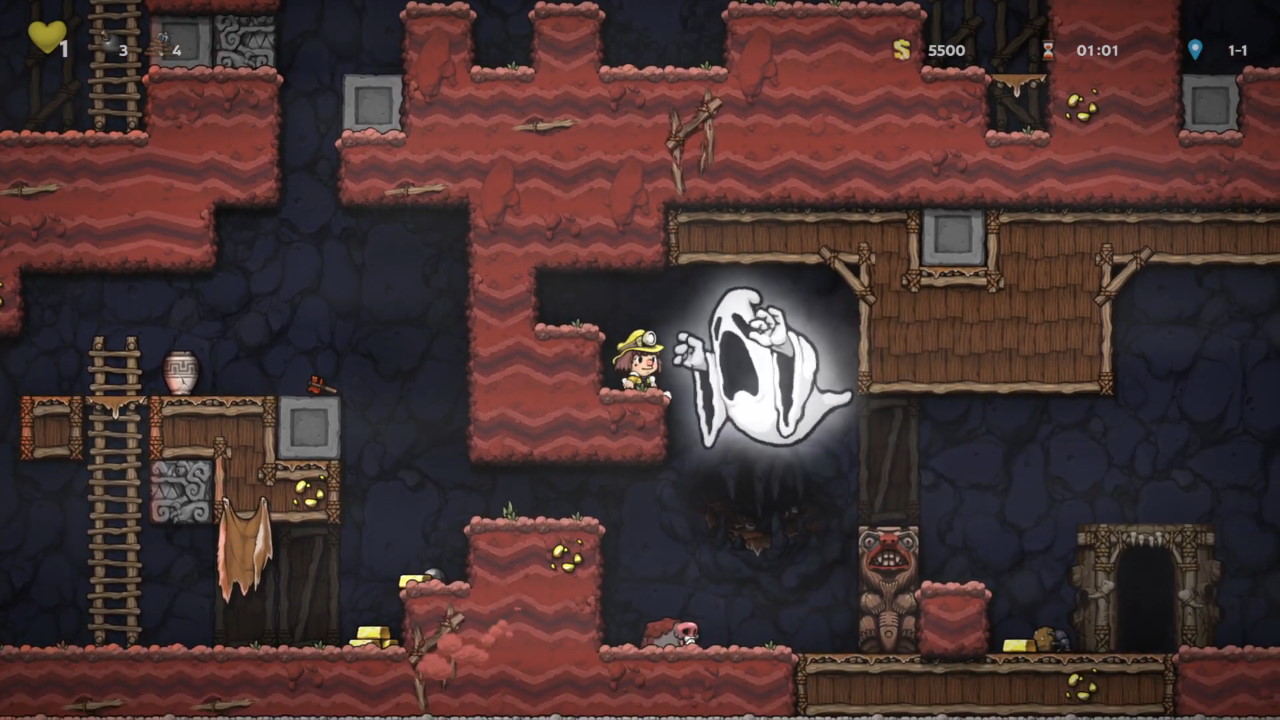 As you explore the large, procedurally generated caves of Spelunky 2 you’ll come across many different enemies. Most can be dispatched with a few swift hits of your whip, while others require higher powered weaponry. The ghost though is something truly frightening, and you’ll run into him a few times even in the earliest moments of the game. Here’s how to kill or get away from the ghost in Spelunky 2.

When does the Ghost Appear

Before we dive into what to do when the ghost appears, let’s break down why he shows up in the first place. Most players will encounter the ghost seemingly randomly, but there are two main ways he pops into your level. Either you break the ghost jar which features his image and a very valuable jewel within, or you linger too long on one stage. Break the jar and grab the jewel and he’ll start floating toward you from off screen, never ceasing. The same will happen if you spend three minutes or more on a single level, with the ghost appearing to scare you into rushing to the next area. Once he shows up you don’t have much choice in what to do.

How to Kill the Ghost

First off, just as a note we are assuming that the ghost operates the same as it did in the first game, which is a pretty safe bet given the way other parts of the sequel operate. Here’s the thing, you really shouldn’t try to kill the ghost in Spelunky 2. It’s possible, sure, but only in the “anything is possible” sense of the word “possible”. Featuring potentially 999hp and an instant kill touch, actually taking this thing out would be a huge undertaking, requiring tons of skill and luck in nearly equal measure. To do it you’ll need to stay clear of its killer touch while peppering it with any damage you can. But the real answer is to not try to kill it. The best method of handling the ghost in Spelunky 2 is to run away.

How to Escape or Get Away from the Ghost

Whenever the ghost appears your goal should be to leave the area as quickly as possible. You need to find the level’s exit quickly, so star working your way down and toward the bottom of the level. If you have a compass that can be a big help here, perhaps letting you grab the jewel from the ghost’s jar without too much concern. Either way, once he’s there your only real chance at escape is to make it to the exit and proceed to the next level.

So that’s how to kill or get away from the ghost in Spelunky 2. If you ever actually kill it though, be sure to send us a video.