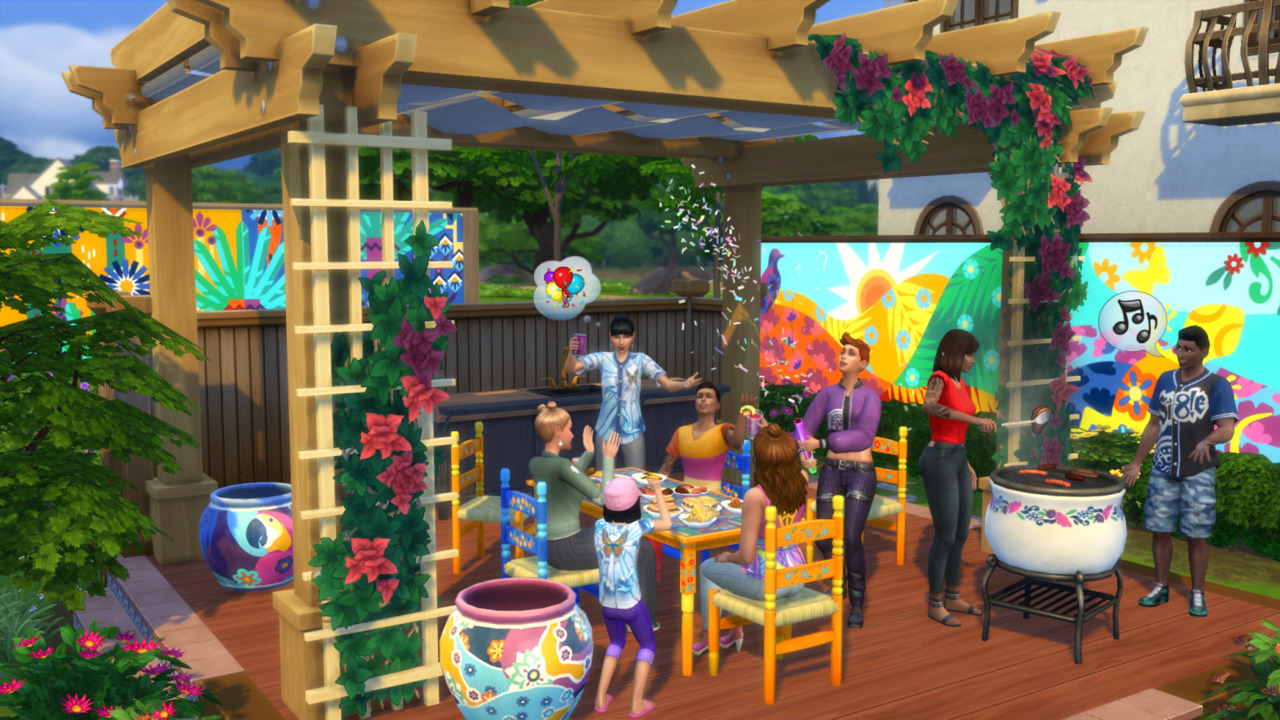 The Sims 4 is honoring Hispanic Heritage Month with its latest update. The base game has been infused with all sorts of items inspired by the cultures of Mexico, Argentina, the Dominican Republic, and many more. EA has also partnered with renowned Chicano artist Mister Cartoon to add some new Create A Sim content in his style. There’s a bunch of new Hispanic Heritage Month content to discover, but that’s not all with this patch. This update also makes the first steps toward better representation in The Sims 4, making some improvements to various skin tones and updating a few hairstyles. Here’s everything new with the October 6 Sims 4 update.

This update should download automatically on PC, Mac, PS4, and Xbox One, but you may have to wait a while for it to show up in your download queue. This update contains the first of many changes in favor of representation in The Sims 4. There’s Hispanic Heritage Month content in this update, and this patch features improvements for various skin tones and hairstyles. More changes are coming from the team later this year, with an expanded library of skin tones and more coming in December across all platforms.

The Sims 4
We're Looking For Contributors