Vampire: The Masquerade Bloodhunt Which Class Should You Choose

Each class has unique powers and abilities that fit many playstyles. 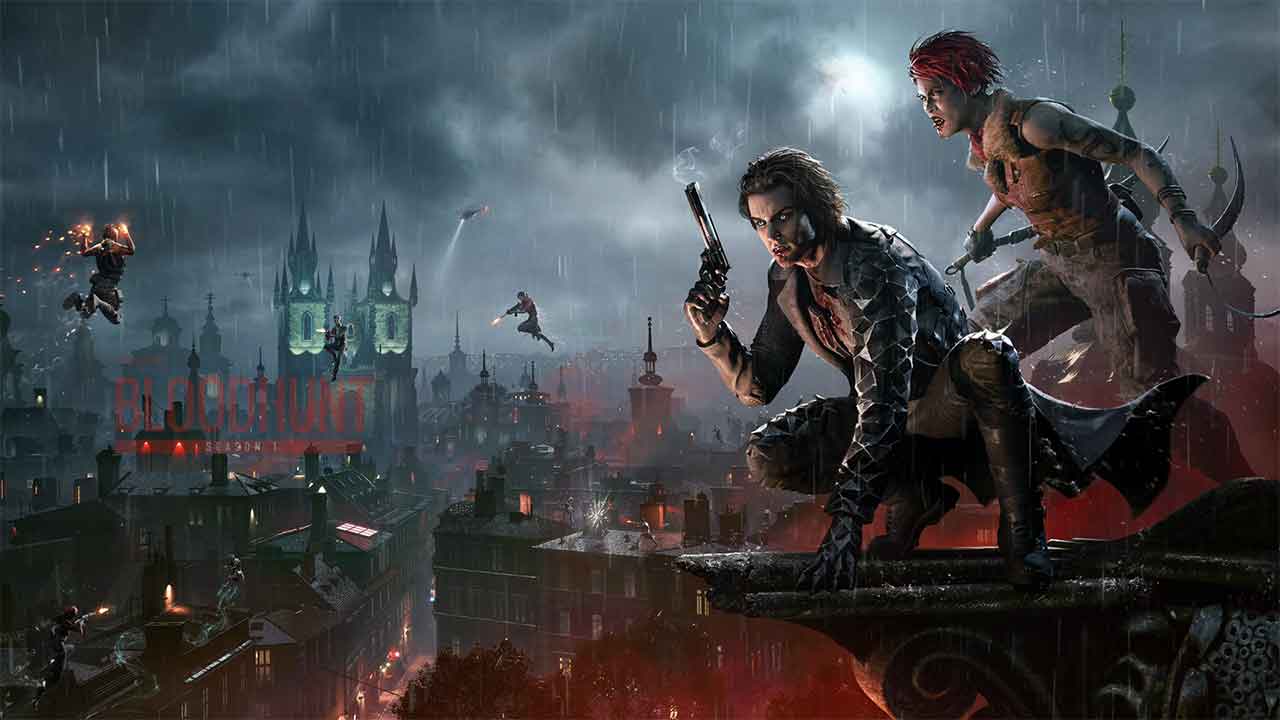 Vampire: The Masquerade Bloodhunt is a new Battle Royale game which features pvpve (Player vs. Player vs. Enemy) gameplay in which you assume the role of a vampire looking to become the last person standing.  However, picking the right class is going to give you unique abilities during the match.  The class you should pick should largely be aligned with your playstyle and each archetype is very different from the others.  In this guide we’re going to go over the different archetype classes in Vampire: The Masquerade Bloodhunt. 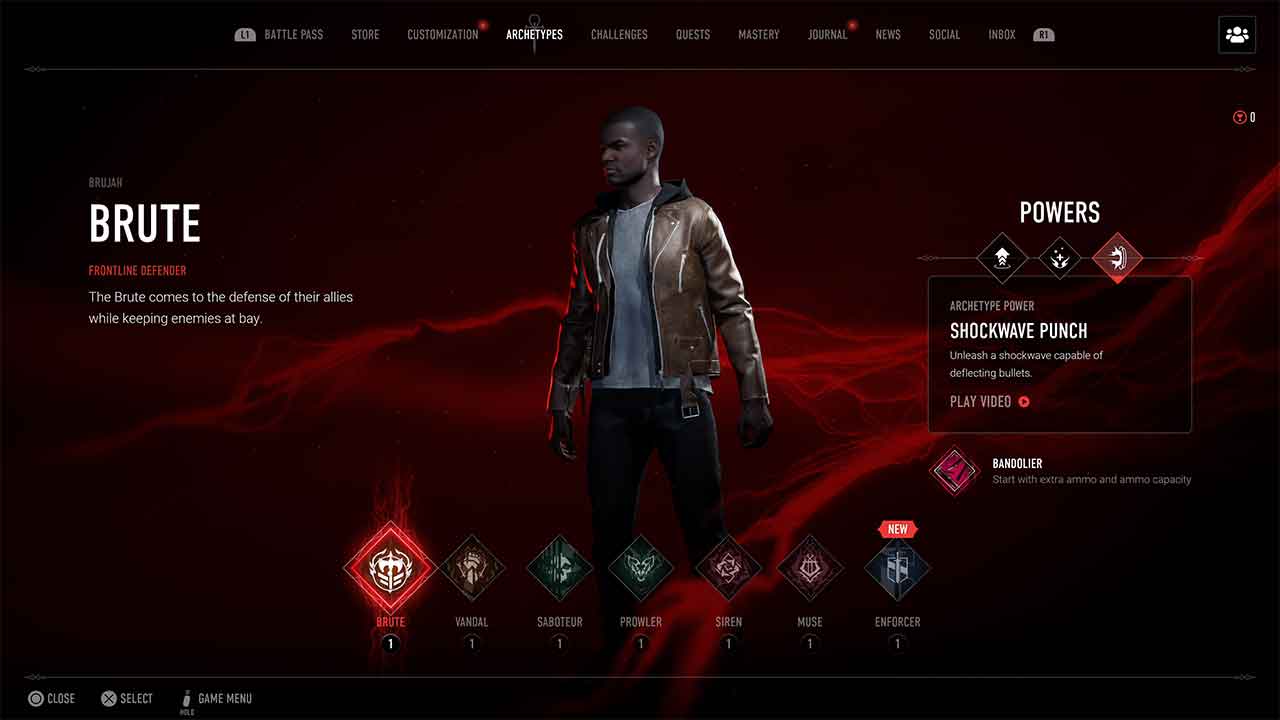 Brute  -The Brute comes to the defense of their allies while keeping enemies at bay. 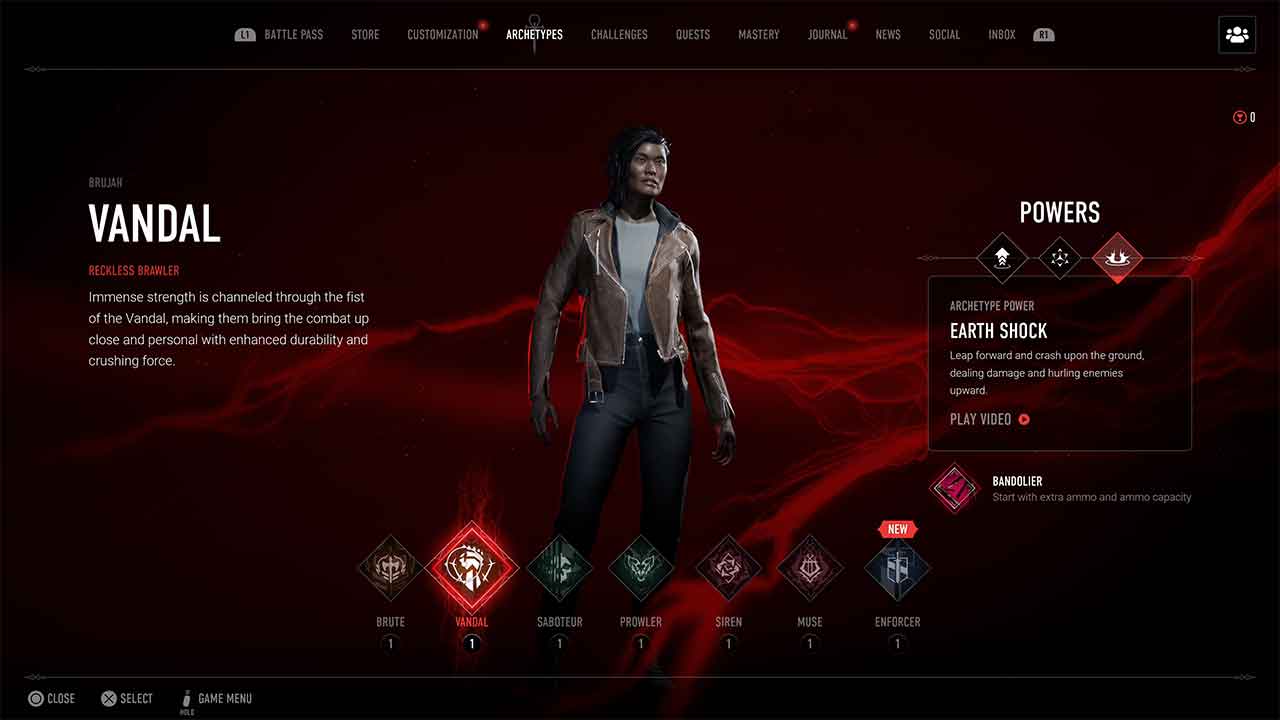 Vandal – Immense strength is channeled through the fist of the Vandal, making them bring the combat up close and personal with enhanced durability and crushing force. 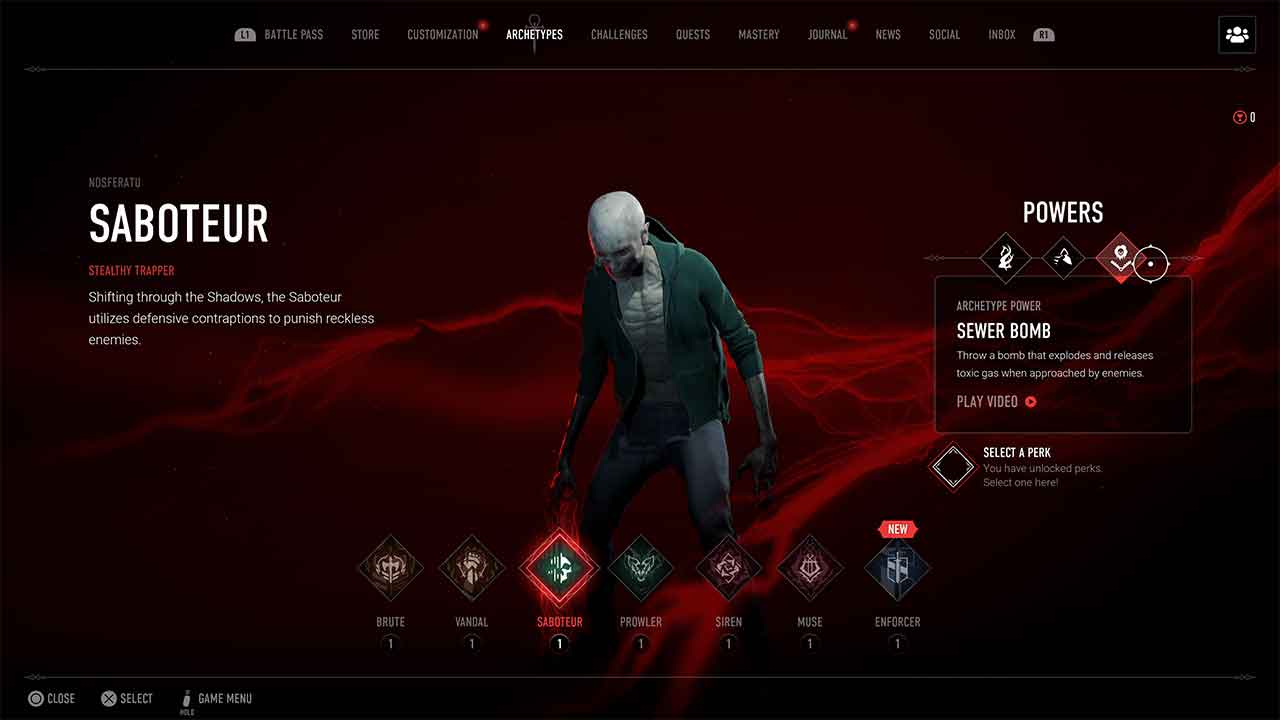 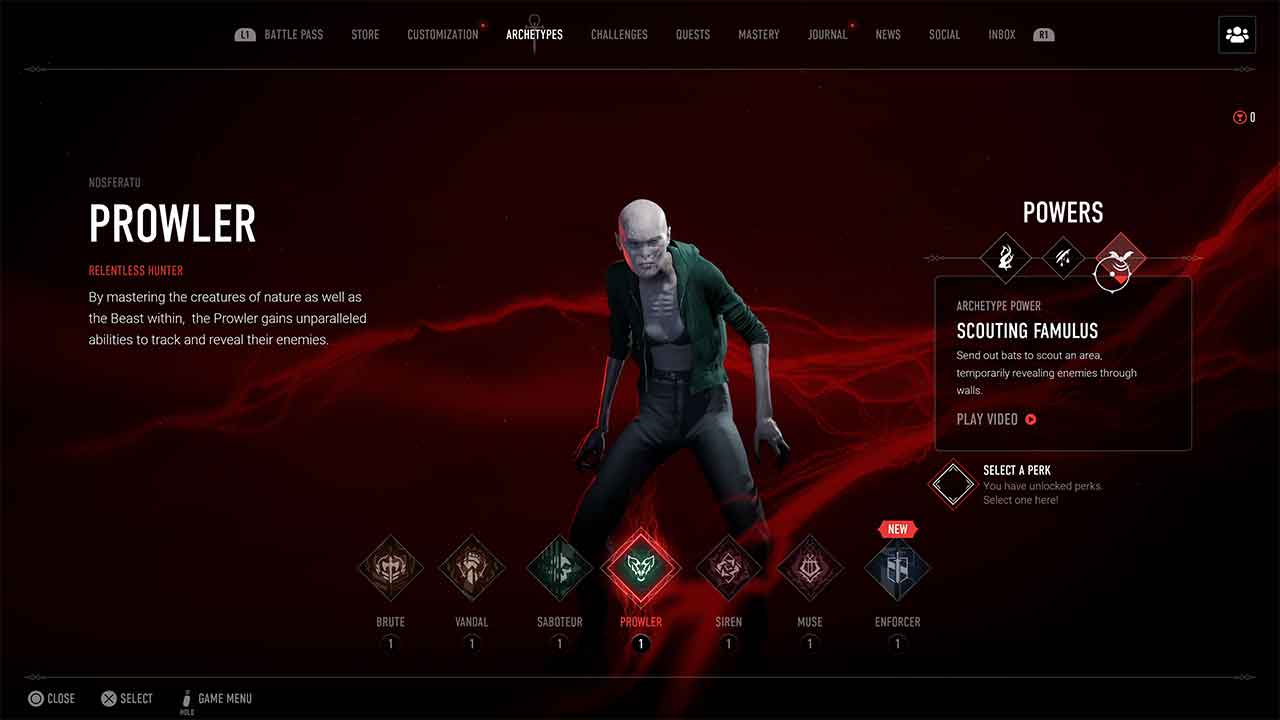 Prowler – By mastering creatures of nature as well as the beast within, the Prowler gains unparalleled abilities to track and reveal their enemies. 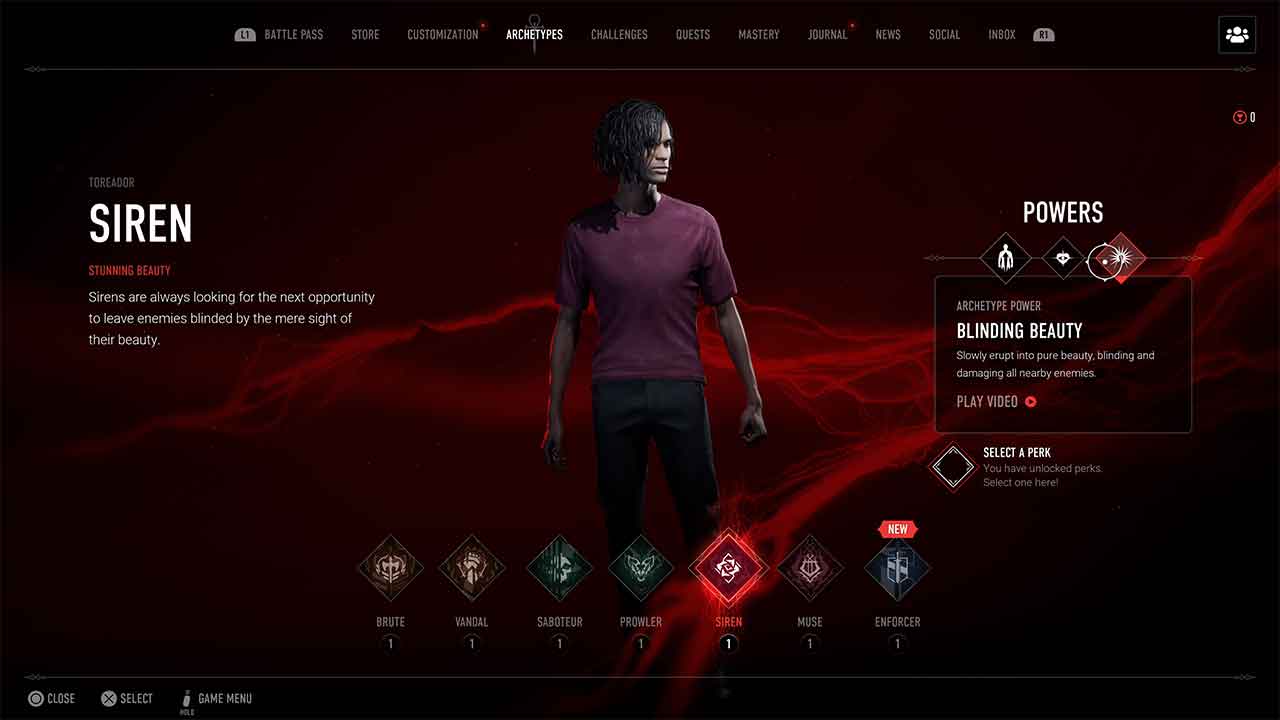 Siren – Sirens are always looking for the next opportunity to leave enemies blinded by the mere sight of their beauty. 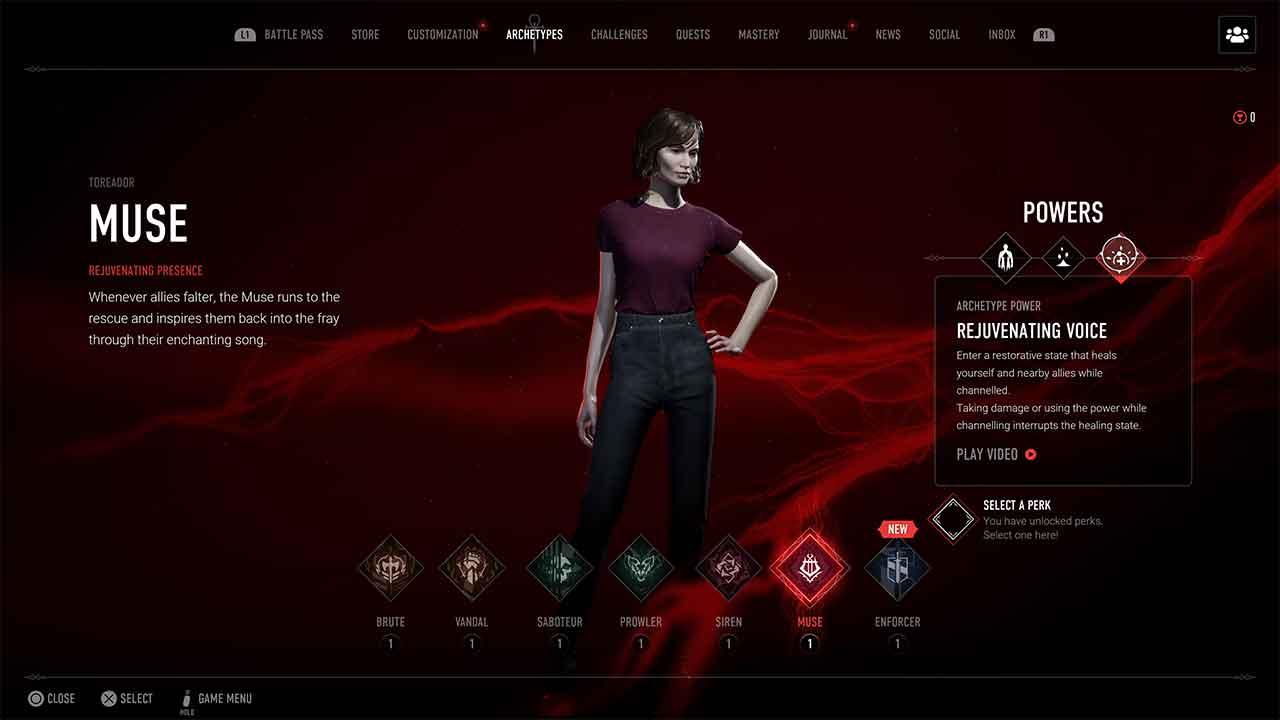 Muse – Whenever allies falter, the Muse runs to the rescue and inspires them back into the fray through their enchanting song. 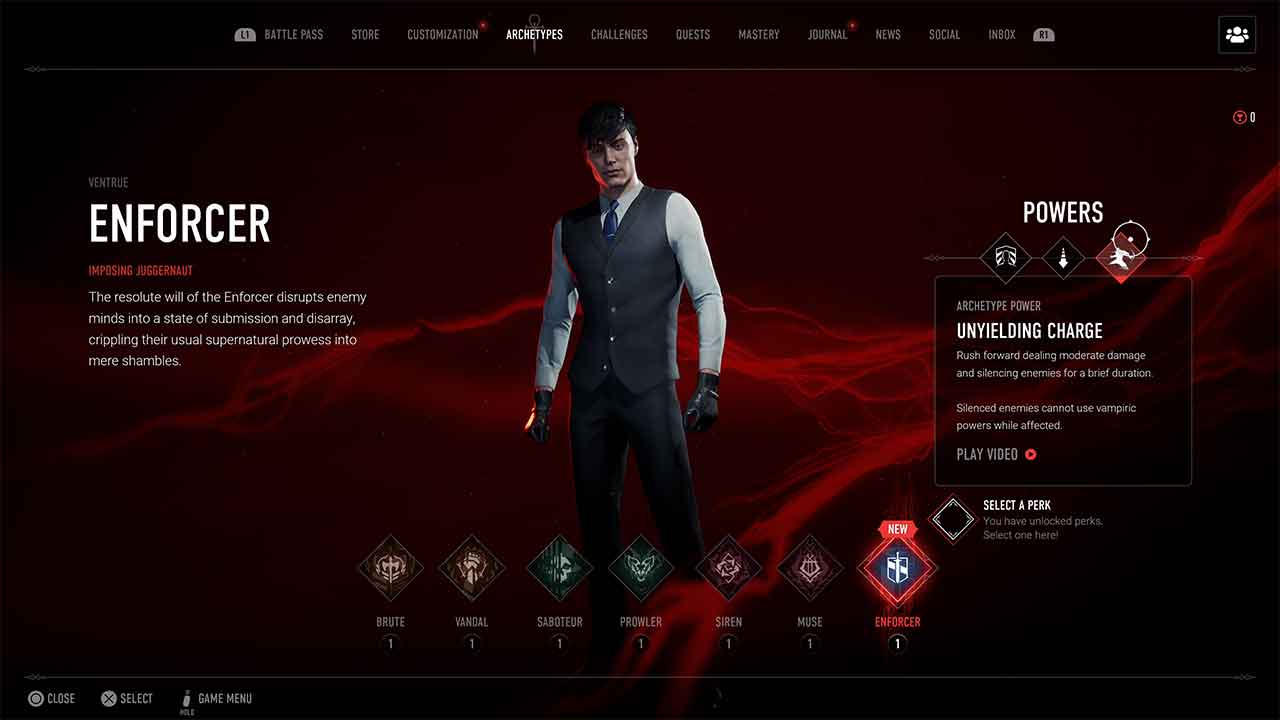 Enforcer – The resolute will of the Enforcer disrupts enemy minds into a state of submission and disarray, crippling their usual prowess.

As you can see from the profile descriptions above, there’s not going to be one single class that is the “best” out of the gate.  It really depends on what your playstyle is.  If you prefer to play stealthy, you might want to select a character like the Prowler or Saboteur.  More offensive minded players may choose something like the Brute.  Those looking for more special powers could look to characters like the Enforcer.  However, there are perks that can be unlocked as well to balance out your characters as you progress.  It also depends on which game mode you are playing.  If you’re playing Bloodhunt with friends, you might want to take a complementary character that can help your team with support features like the Muse or Siren.

Vampire: The Masquerade Bloodhunt is now available and can be downloaded for free on Steam and PlayStation 5.

Attack of the Fanboy / GAME GUIDES / Vampire: The Masquerade Bloodhunt Which Class Should You Choose