Start the game with a little spending money. 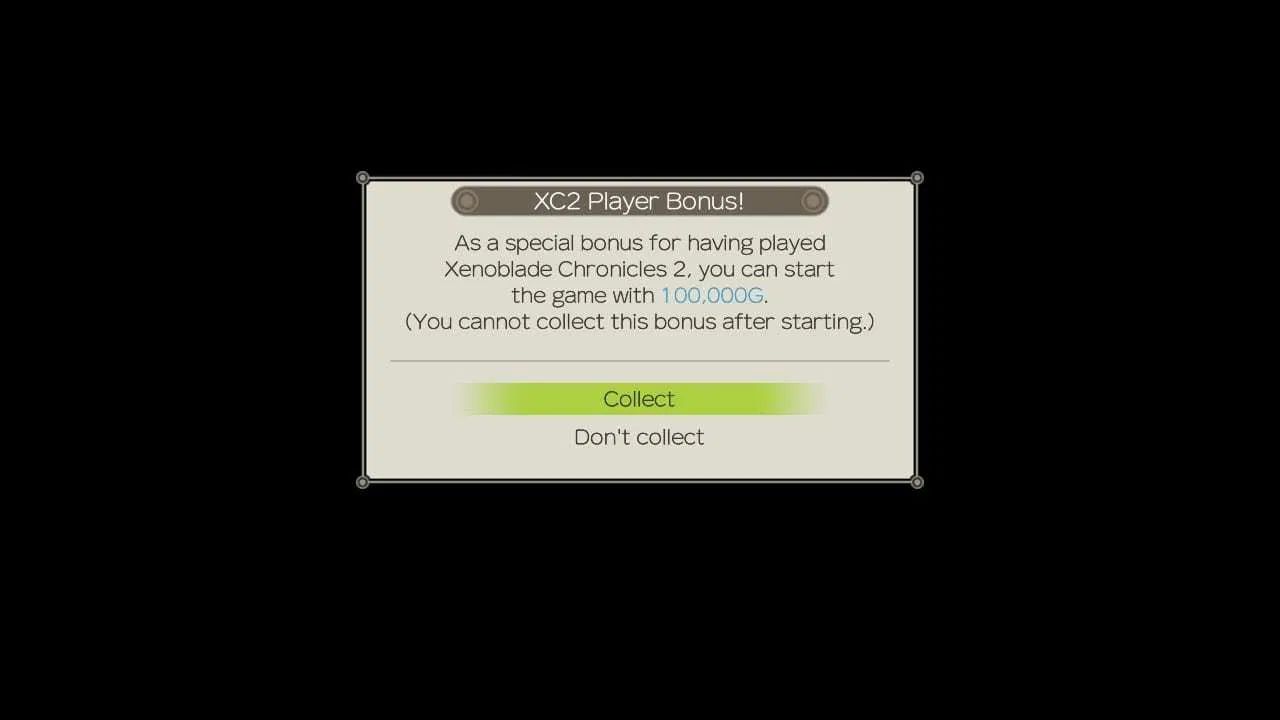 How To Get Save Data Bonus From Xenoblade Chronicles 2

Xenoblade Chronicles 2 was truly one of the first big surprises for the Nintendo Switch, as no one expected the game to be announced, much less released in the system’s first year. Monolith Soft managed to pull it off though with another great game that was a completely standalone adventure with a different setting and characters. This means that a lot of people probably experience Xenoblade for the first time with this game and are picking up Xenoblade Chronicles: Definitive Edition to play Shulk’s story for the first time.

For those that happened to pick up Xenoblade Chronicles 2 in the past and played at least some of it, Monolith Soft wants to reward you within Xenoblade Chronicles: Definitive Edition with a bonus of 100,000G, which is a good bit of in-game currency.

To get this bonus, you first of all have to have a save file on your Nintendo Switch for Xenoblade Chronicles 2. If you had one and deleted it prior, you are going to be out of luck here. As soon as you start up the game and select New Game for the first time, it will check to see if you have a game save. If you do, you will get the above pop-up asking you if you want to collect the 100,000G. There is no real reason why you wouldn’t want to, so click Collect and start the game with some money in your pocket.