The latest news in the world of video games at Attack of the Fanboy
October 19th, 2017 by Jose Belmonte 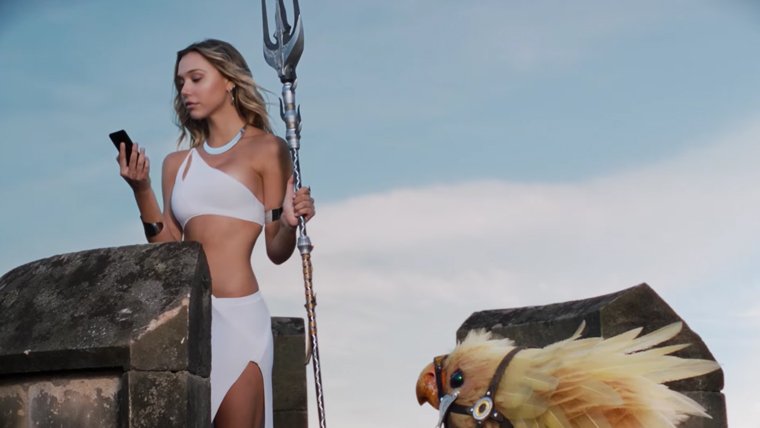 If you have been following track of the dozens of side projects related to Final Fantasy XV, you will know that one of the most unexpected iterations of the brand is a mobile strategy game called A New Empire. Today, developer Machine Zone has announced that the free to play title has been downloaded more than 20 million times by iOS and Android users worldwide. A great success that only helps to solidify the strength of the brand nearing the first anniversary of the launch of the main game.

Even if it it sports the Final Fantasy XV brand, A New Empire has little relation to Square Enix, as the company simply licensed the title and designs to Machine Zone, the mobile game creator of massive hits like Game of War and Mobile Strike. In fact, the gameplay is extremely reminiscing of those titles. The CEO of Machine Zone, Gabriel Leydon, has spoken to Japanese magazine Weekly Famitsu about the success of the game and what the future holds for it, including the possibility of control new characters other than Noctis and the use of summons.

Leydon says that while the game is specially popular in Japan, North America is also a big market for them. And the marketing seems to be one of the keys to its success, with their recent spot with Instagram sensation Alexis Ren being a clear draw among users. Apparently her popularity on social media was a determining reason to hire her, as her involvement has made news of the game spread across a huge audience that fits in the profile of users that they are seeking.

Final Fantasy XV: A New Empire is available now for iOS and Android. Watch the popular commercial with Alexis Ren below.

Final Fantasy XV mobile Mobile Games
You May Like