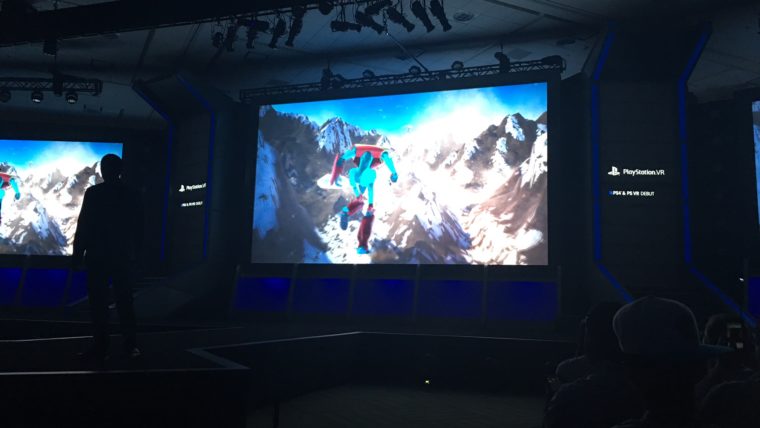 PSX has shown us plenty of games so far during their keynote this afternoon, with late focus on PlayStation VR. However, one of the craziest releases of all has come near the end of that segment with the absolutely insane looking 100 FT Robot Golf.

100 FT Robot Golf is literally as it sounds, a game that has giant robots, which almost look like something from Neon Genesis Evangelion. Rather than fighting against each other, instead these robots are playing golf. Yes, playing golf.

This just looks beyond belief in how insane it is, but it looks absolutely incredible in just how crazy it could be. It will be intriguing to see how they utilize VR here, especially with the robot aspect of this.

This is certainly one of the most interesting of the VR games, but hopefully it manages to be as over the top as it looks.

Nothing is really known at this point, but 100 FT Robot Golf will be coming to PlayStation 4 and PlayStation VR. Hopefully more details will come out on this one over the weekend at PSX, so stay tuned for any possible information.