13.2 Million People Took Part In The Battlefield 1 Beta, Making It The Biggest In EA History 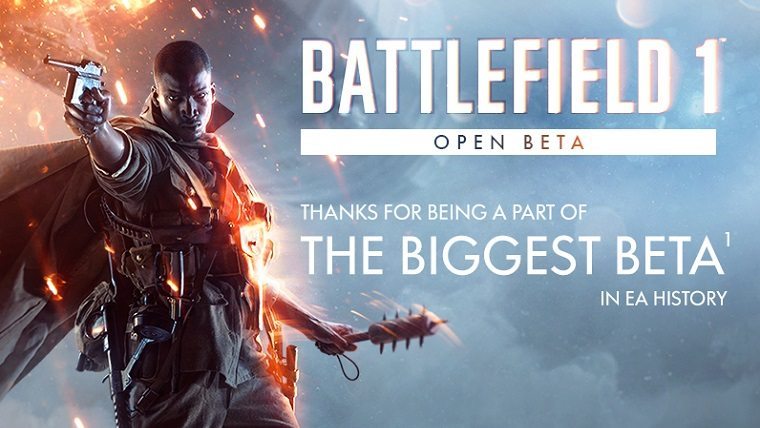 The Battlefield 1 beta came to an end earlier this month and lasted just over a week, and despite some issues it was largely met with a very positive reception from fans. However, DICE has just revealed just how many people actually took part in this beta, and the numbers are staggering.

According to DICE, 13.2 million people took part in the Battlefield 1 beta, which makes it the biggest beta in EA history. They note that this number more than doubles that of the British and Ottoman empires deployed in the middle east during World War 1.

This all comes in the form of a cool infographic, which breaks down the stats of the beta. Of all the classes that were featured in the game the most popular was the Assault class, with the Scout, Support and Medic classes rounding out the top 4. There were also 28.9 million melee kills and 62.2 million kills while on a horse.

Elsewhere in the blog post from DICE they also thank everyone for all of the feedback they got and are looking to implement them into the game going forward. They say that they will be detailing the changes they’re making to the game in the near future, though they do address that the light tank “performed a little too well.”