The latest news in the world of video games at Attack of the Fanboy
August 2nd, 2017 by Mark McLean 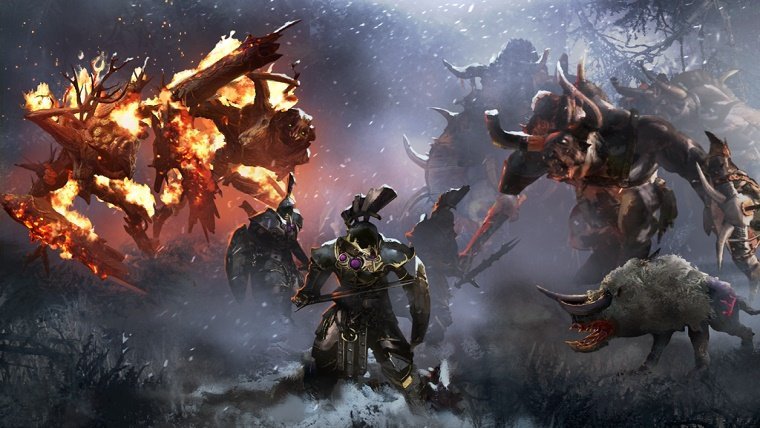 Creative Assembly, the UK based developer responsible for the seminal Total War series of Real Time Strategy games will be 30 years old this year, and to celebrate three decades of games they are releasing 30 new Regiments of Renown for Total War : Warhammer absolutely free.

The Beastmen, Brettonia, Chaos, Norsca and Wood Elves will each get six new Regiments of Renown. These elite units are a reskin of existing units in the army’s roster, but with boosted stats and extra lore-based flavor adding yet more choice to an already diverse pool of possible recruits. The five races featured in the update have not been expanded so far while the original four factions – Empire, Greenskins, Dwarfs and Vampire Counts have had new units in previous dlc expansions. The new units will be available at the same time as the new Norsca faction, August 10th. All new units and factions will be playable in the forthcoming Total War : Warhammer 2, and the Norsca are free as a preorder bonus for the new game.

To get hold of the new units, players must log into Total War Access here, and will then be able to activate the dlc via the dashboard.

Creative Assembly were founded in 1987 and began life porting Amiga games to DOS. Mainly known for the Total War series, which started in 2000 with the first Total War : Shogun game (originally planned as an RPG based on Ming dynasty Chinese novel Journey to the West), Creative Assembly also developed the highly successful Alien : Isolation, renewing interest in the Survival Horror genre (Resident Evil 7 seems to have been paying particular attention) and showing they can design more than strategy games.

Full details of the Regiments of Renown can be found on the Total War blog.