The latest news in the world of video games at Attack of the Fanboy
October 5th, 2012 by William Schwartz 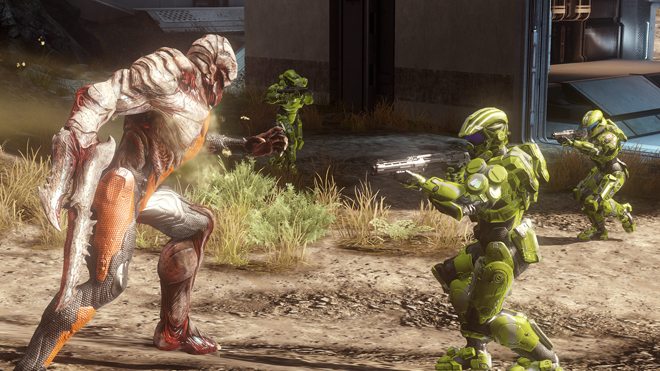 343 Industries has paid a closer attention to detail in the War Games modes for Halo 4, by establishing roles in the multiplayer game modes. The developers say that they have put a “great deal of atention into being the King, Flag Carrier, Grif, etc.”

One of these recently revealed modes in the War Games catalog will be the spirtual successor to Infection from Halo 3 and Halo Reach, called Flood. The Flood, a character in the game and now character in multiplayer are a melee class with quicker movements and more powerful attacks.

According to 343 the Flood mode will play out as follows:

“At the beginning of each round, two players spawn as Flood forms and eight players spawn as Survivors. Survivors are standard Spartans equipped with shotguns and magnums, while Flood move very quickly and can only use a melee attack. When a Survivor gets killed by a Flood, the Survivor will convert and respawn as a Flood. The round ends if a Survivor makes it to 3:00 or if all players are converted to Flood.”