Aaron Hernandez to be pulled from EA games 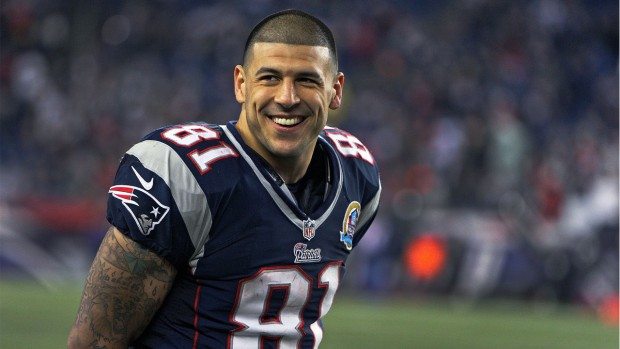 Aaron Hernandez, a former Tight End for the New England Patriots, will be pulled from Madden NFL 25 and NCAA Football 14. There is still something like “innocent until proven guilty” but that doesn’t mean that EA Sports wants him in their games.

Madden NFL 25 is scheduled to be released the 27th of August and will be available for PS3, Xbox 360 and the next-gen consoles once they release while NCAA Football 14 has been released today for the PS3 and Xbox 360.

Electronic Arts has released an official statement to the press regarding this situation.

“We made a decision to remove Aaron Hernandez from Madden NFL 25 and NCAA Football 14 Ultimate Team. Because NCAA Football 14 was finalized prior to our decision, Hernandez’ image still appears in the Nike Skills Trainer.

However, he is not in the game, and anyone who unlocks that particular Nike Skills Trainer reward will receive an Alex Smith Ultimate Team player item instead. The image of Hernandez will be removed via a Title Update in the near future.”

Aaron Hernandez is a suspect in the murder on Odin Lloyd, a friend of Hernandez and semi-pro football player. Lloyd was killed the 17th of June, shot to death. His body was found in an industrial park less than a mile from the home of the former New England Patriot, Aaron Hernandez. Odin Lloyd suffered 5 bullet wounds and was dead instantly. The suspect is currently being held without bail at the Bristol County, Massachusetts, Jail and House of Correction.