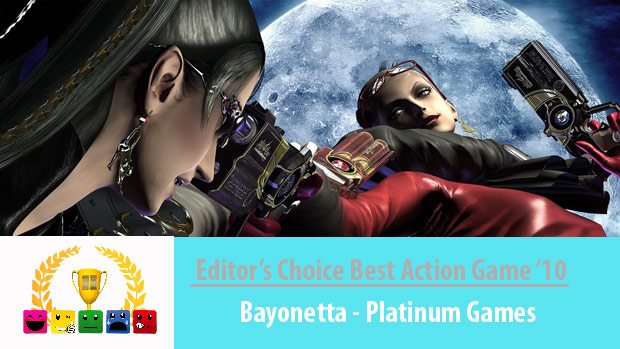 Best Action game in 2010 had again, many games that were more than just good.  They were great.  One stood out to us as the best of the bunch in this category, and that title was Bayonetta.  Perhaps it was the way that Bayonetta took us by surprise and held our imaginations captive.  Or maybe it was the call backs to the SEGA classics of yesteryear.  But most likely, it was the Platinum Game’s fine tuned combat system in Bayonetta that had us going gaga over the scantily clad heroine.  Simply put, we got the most enjoyment this year out of Bayonetta, even if the competition was quite staunch.

Our nominations for the best action game of 2010 readers choice were Bayonetta, Assassin’s Creed Brotherhood, Red Dead Redemption, Super Mario Galaxy 2, and God of War 3.  Thanks to everyone who voted.  The results below are the top three reader’s choice award winners, with Red Dead Redemption taking home the title this year.  Honorable mentions were all of the games listed in this category.  As a gamer you couldn’t go wrong with any of these AAA titles. 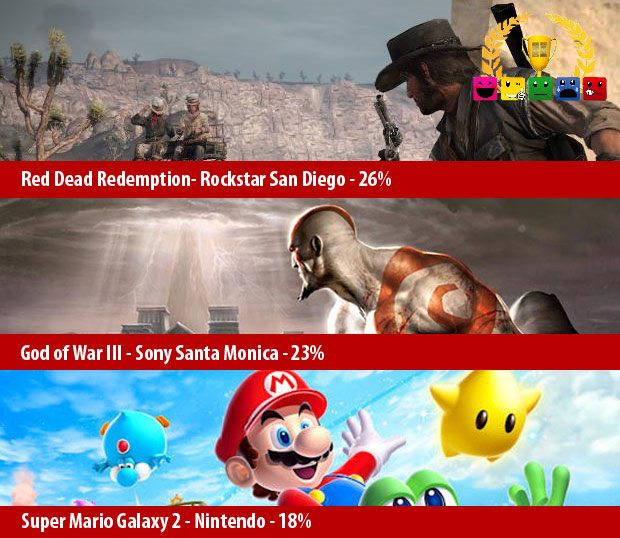