The latest news in the world of video games at Attack of the Fanboy
March 23rd, 2017 by Mike Guarino 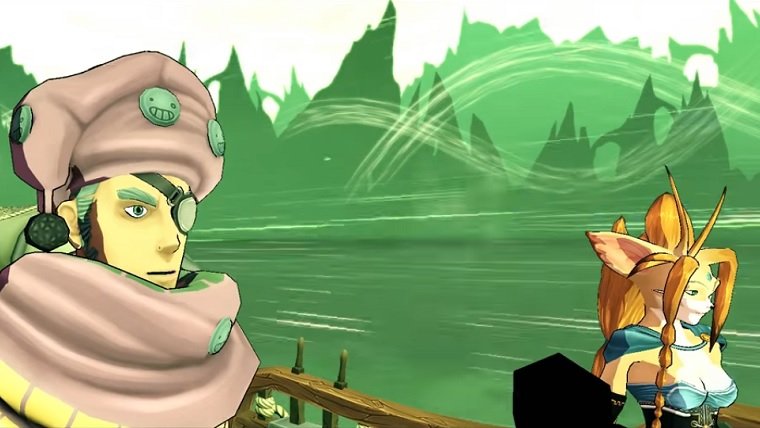 A new colorful action RPG is on the horizon, as today developer Enigami and publisher Focus Home Interactive have revealed that Shiness: The Lightning Kingdom will be launching next month. The game is set to debut on PlayStation 4, Xbox One and PC on April 18th, though it had previously been delayed several times.

For those who don’t know, the game was brought to life thanks to a successful Kickstarter campaign, where it raised nearly $140,000 with the help of over 3,000 backers. The game is set in a universe that is on the verge of collapse, and you control a character named Chado as he travels with his companions through the celestial islands on their flying ship. Chado and crew end up crash-landing on one of the most hostile islands, putting them right in the middle of a multi-kingdom conflict.

The gameplay has you exploring the game’s large world and utilizing the various skills of your five playable characters in order to overcome its obstacles. Combat mixes magic and traditional fighting game mechanics like hit, block, and combo, with experience points being gained afterwards to level up your characters. The following is a breakdown of the game’s key features:

Shiness: The Lightning Kingdom will launch for PlayStation 4, Xbox One and PC on April 28th and costs $29.99, though if you pre-order on Steam you’ll get a pretty nice deal. All pre-orders come with a 15% off discount of the regular price, as well as the Official Shiness Manga and the Original Soundtrack. A new trailer for the game was also released, which you can take a look at below.