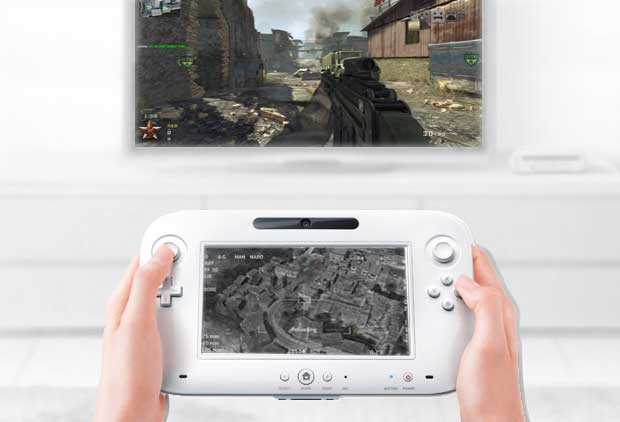 Nintendo Wii U shows alot of potential with developers of The Elder Scrolls V: Skyrim, and Modern Warfare 3 eyeing their new platform. Plenty of developers have gotten on board Nintendo’s Wii U bandwagon since the new console was revealed at E3 2011.  You can add two more of the biggest publishers to the already growing list of supporters for the platform.  Recent reports suggest that both Activision and Bethesda are eyeing the platform as a place where it’s possible to develop many different types of gaming experiences.

Activision’s Bobby Kotick recently said that is was “More possible to do deep rich multiplayer games” on the console barring Nintendo holds to it’s plans for a better online experience with the new console.  The CEO also stated that it was definitely a barrier that Nintendo’s Wii wasn’t at parity as far as graphics capabilities.  Kotick also admitted that the Wii U interface ” is very clever” in a recent interview.

Also making comments about the new system and the possibility for future support recently was Bethesda, who also sees potential for the Wii U. Much like Activision, and likely every other developer that is looking to get behind the new platform, Bethesda is concerned with more concrete techical specifications for the new console.  Although the specifics haven’t been given at this time, Bethesda’s Pete Hines expressed his interest in the new console in a recent interview with MCV.

“I honestly know nothing about the tech specs of the new platforms and whether or not they are a good fit for what we are making with say RAGE and Skyrim and Prey 2.  If they are a good fit for the kind of games we are making then absolutely, we would look to put them out for those.  But beyond that I can’t get into specifics.”  – Hines said when speaking about Nintendo’s Wii U and Sony’s PlayStation Vita.

Chalk two more up for the core gamers if Nintendo can follow through on their E3 mantra of “something for everyone”.