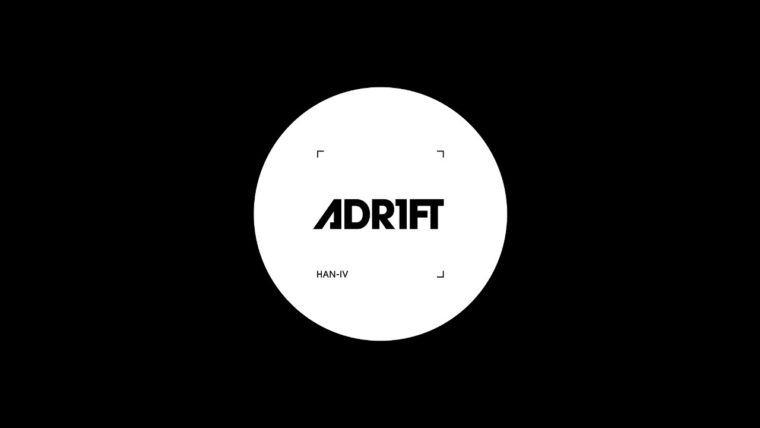 One of the trailers that truly blew everyone away during last year’s Video Game Awards was the debut of Adr1ft. A space game developed by threeonezero and published by 505 Games, the trailer was both cinematic and awe inspiring, offering stellar visuals, epic music, and the feeling that this was a game you would want to experience for yourself. However, with that came a good measure of doubt. Was this actual gameplay footage? How would this game even play? Well, I got my hands on the game at PAX East 2015 and can put much of those fears to rest, as Adr1ft has all the makings of the grand and emotional experience the original trailer promised it would be.

The demonstration for Adr1ft took place in a nearby movie theater, a seemingly inauspicious location for a video game presentation. The publisher had chosen this place for a very specific purpose though. Adr1ft is being developed as a cinematic and theatrical experience in the very best way possible. As my group of game journalists sat in that dark and quiet room, many of us likely thinking about the short nap we might be able to take before having to dive back into the insanity that is PAX East, we were quickly jarred out of our daze as Adr1ft began playing out before our eyes.

Much like the reveal trailer, this demo took place on a nearly destroyed space station orbiting Earth. Our hero awakes to find herself stranded and low on oxygen. Alarms blare in the background as debris drifts all around the cabin. Every breath she takes echoes within her helmet signalling her own near certain doom. She drifts forward, looking for any sort of salvation that she can find. Floating nearby is an oxygen tank, she reaches out and grasps it in her hand for only a moment before swiftly screwing it in and adding its contents to her tank. She has added a few moments to her life, but not many moments. 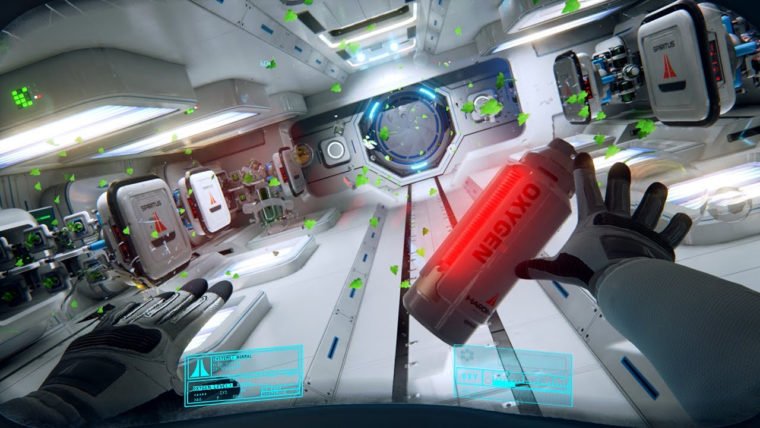 Eventually she comes upon an area that was not shown in the original trailer. A giant tree situated in a glass globe sits at the crossroads of a few passageways. The stark contrast between the cold space outside and the beautiful, pink leaved tree within creates a truly surreal feeling, one that is only enhanced by looking down to see the exposed roots of the plant, with the Earth hovering far below it. The urge to stare at this wondrous sight is strong, but our character’s oxygen is getting lower every second, so we must move on.

Along our journey the player continues to find oxygen tanks, which add just enough air to our suit to keep us going to the next one, maybe a little bit more if we conserve it. We also find active wall stations and floating voice recorders. Activating these gives us a glimpse into the life that existed before whatever tragedy befell the station. Now dead crew members speak of how long the mission has lasted, and how much they miss their home.

Eventually we come upon the scene that set gamer’s imaginations buzzing, as our character opens a hatch to reveal the floating ruin that is the rest of the station. Staring off into the distance reveals giant chunks of debris, but also tiny pockets of hope. Some sections haven’t been completely destroyed, and look to be sealed up. Of course, to get there we have to traverse the empty space in between. 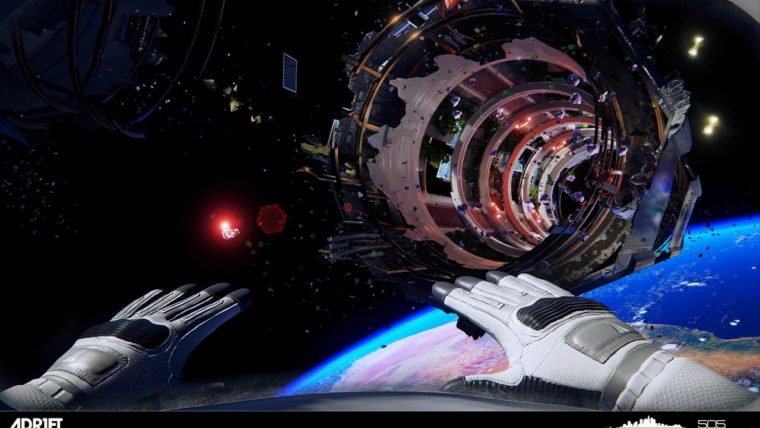 We set out, oxygen running low, our character’s breath becoming more labored with each inch. Crossing the divide between ship sections takes less than a minute, but for the character, I’m sure it would feel like an eternity. We make it to the closest large section of the ship, taking a moment to reassess the situation our character moves towards a body floating nearby. The shock is obviously traumatic, and with our air already low the screen begins to fade. It’s obvious that we’re in trouble, but just as we begin thinking about the next step the screen goes black.

The point of Adr1ft isn’t to play it, it is to experience it

Lots of game designers talk about how “cinematic” their game is, but Adr1ft was one of the few that truly earned the title. That feeling continued throughout my actual playtime with the game, as I went through the same scenario, making far more mistakes, and causing many more blackouts. Controlling Adr1ft feels exactly how you would expect, you move around, hitting the action button to swat at items, or holding it to reach out and grab them. Hitting objects too hard results in a moment of dazed confusion, and a little bit of lost oxygen.This is likely all of the gameplay that the title will consist of, with possibly a few puzzles or otherwise difficult sections thrown in to keep the player engaged.

However, the point of Adr1ft isn’t to play it, it is to experience it. Much like Journey or Proteus, two games that were cited by the developer as inspirations, you can’t think about Adr1ft like you would other games. It is a short experience, lasting a possible four hours, and the designers openly want it that way. In fact, they mentioned many times that if you could sit down and play the entire game in one sitting it would probably feel better. After what I’ve seen I would tend to agree and feel that this was the right move for this game. 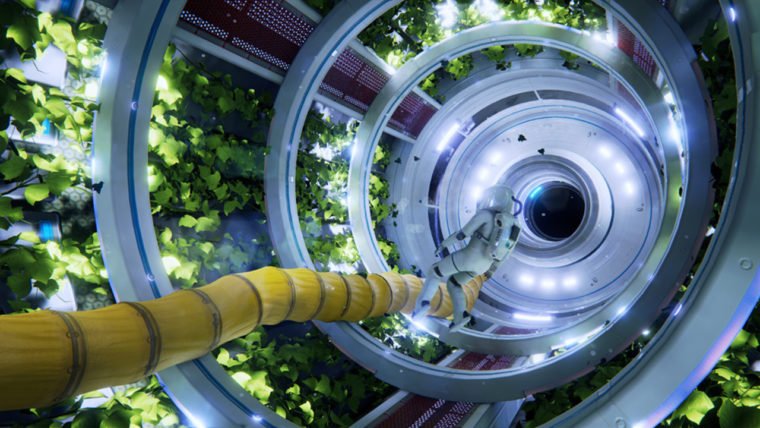 There are some traditional video game elements, such as optional areas to explore and various items that can be collected that change the experience of the game. You even perform tasks that will repair your suit and the station to give you back abilities that you had before, such as longer lasting air, much like Metroid. However, these are merely there to expand upon the base experience. You’ll never be able to totally forget about your oxygen meter, it will always be slowly counting down to your doom.

A story is promised, with a few hints of a deeper narrative sprinkled throughout this short demo already. In fact, for the developer, it is a quite personal story. Without giving too much away, we were simply told that the purpose of your mission is to “fix the station, and repair yourself.” How you will do that is not yet known, but from what I’ve seen I’m ready to find out.

Adr1ft is set for a Summer 2015 release on PS4, Xbox One, and Steam. The game will support “various VR headsets” as they come out, including Project Morpheus and Oculus Rift. Though, these will not be required to play the game, they are merely meant to be enhancements to the experience.