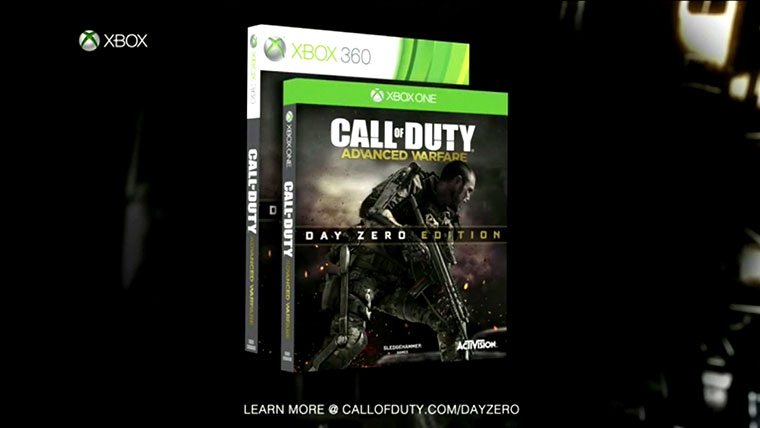 Activision is trying a new tactic in an attempt to up pre-orders for Call of Duty: Advanced Warfare.  Today, during a live streaming event to reveal multiplayer for their upcoming Call of Duty game, they revealed the Advanced Warfare “Day Zero” edition.

Day Zero is an edition that all pre-order customers will receive.  The benefit is that these customers will get a full day of early access to the game, alongside a double XP event during that early access, and a couple of exclusive weapons.

According to a press release from Actvision the exact benefits to pre-ordering are as follows:

The Early Access to Advanced Warfare will begin on Monday November 3rd, just ahead of the November 4th release.

This will be Activision’s first jaunt into an early access situation for Call of Duty, and it could be in response to declining pre-order numbers for the industry at large. While more consumers are becoming more patient in waiting for the games to launch, as online issues in multiplayer games have become more prevalent in recent years, this pre-order incentive is one that devout Call of Duty players could take to in droves.

If you missed the multiplayer reveal for Call of Duty: Advanced Warfare, you can find the trailer here.