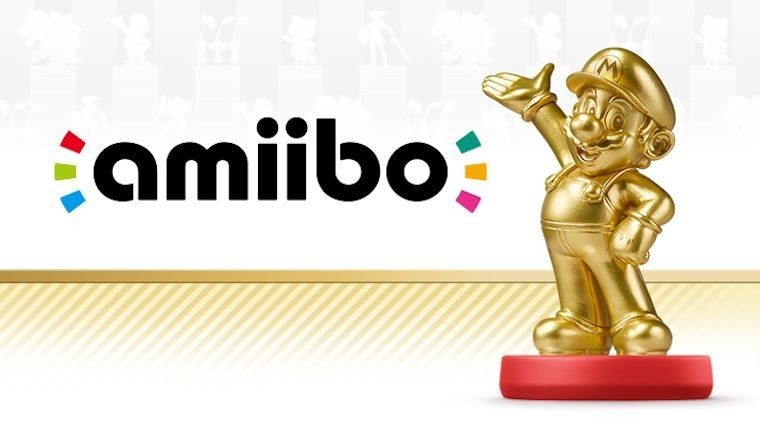 After such a big month in February for amiibo collectors, we’ve seen a lull since the release of Meta Knight on February 20. However, amiibo season is back in full swing tomorrow as we get our first spinoff line with Super Mario Bros., which also comes with the release of yet another bound to be hard to find retailer exclusive in Gold Mario.

Coming in the Super Mario Bros. line are new versions of a number of already released Super Smash Bros. amiibo, including Luigi, Peach, Yoshi, and Bowser. The standalone Mario amiibo from this line will be exclusive to the Mario Party 10 bundle for a few weeks, with the supposed release date for that being April 3, at least at Target.

The big newcomer in this bunch though is the Toad amiibo, which will be the first of that character to be made. Pre-orders went quickly on this one, so he will definitely be the hardest of the main bunch to find. Some reports have said that he will not be too uncommon, but based on how fast pre-orders for Toad went and the nature of amiibo of questionable rarity being very hard to find at launch, you might be better off trying to get to a store at opening to secure yourself a Toad.

The Luigi, Peach, Yoshi, Bowser, and Toad amiibo are supposed to be available tomorrow at most retailers, unlike the staggered release of Wave 3 that we saw amongst retailers. It sounds like Toys R Us will be getting a good supply of them, with others like Target, Best Buy, and Walmart getting them as well.

The most important release of the week though is easily Gold Mario, which is exclusive to Walmart in the US. He is said to come to other countries in the future at some point, including Canada on April 10, but for the first few weeks he will only be available in the US. As with all previous retailer exclusives, Gold Mario is expected to be super rare. However, just how rare he will be is hard to judge.

With the number of Walmart stores around, you may have a chance at finding him by the shear number of stores, even if each only gets a few. However, the fact that most Walmart stores are 24 hours add another wrinkle. Those stores should be able to sell them at 12:01 am, with it being first come first serve. The non-24 hours stores will not sell them until Friday morning however. Do not expect to walk in this evening before midnight to purchase it either, as some have found him on the shelf already, but it is street dated in the system to not sell until 3/20.

If you are planning on trying to obtain a Gold Mario tonight/tomorrow, it would definitely be in your best interests to call around to any local Walmart stores and see just how many they are getting and the protocol in which they are handling it. Hopefully with the release tonight/tomorrow and the amiibo being exclusive to the store, they will at least know something by now. According to reports on Reddit, there is supposed to be a limit of two per person, but it would be a good idea to check with your individual store just in case.

Also of note, speculation on amiiboGAF and Reddit is that Wave 4 pre-orders will probably go up at some point soon, with the Super Mario Bros. line almost out. This could pop up at any time, whether or be tomorrow, next week, or even later. Though with no worries about consumers confusing it with the Super Mario line now that they are out and the release date everywhere else worldwide coming around April 25 or so, the pre-orders would seemingly have to go up soon. Make sure to stay tuned and we will let you know as soon as any details on that surface.

As always, make sure to let us know in the comments below what new amiibo you plan on picking up from this batch and if you manage to get ones like Gold Mario or Toad tomorrow. Also, make sure to let us know if you intend on getting Mario Party 10 as well, which we at Attack of the Fanboy found to be a lot of fun in our review. Good luck once again amiibo collectors!