Amiibo Integration Revealed For Kirby And The Rainbow Curse

The latest news in the world of video games at Attack of the Fanboy
December 26th, 2014 by Dean James 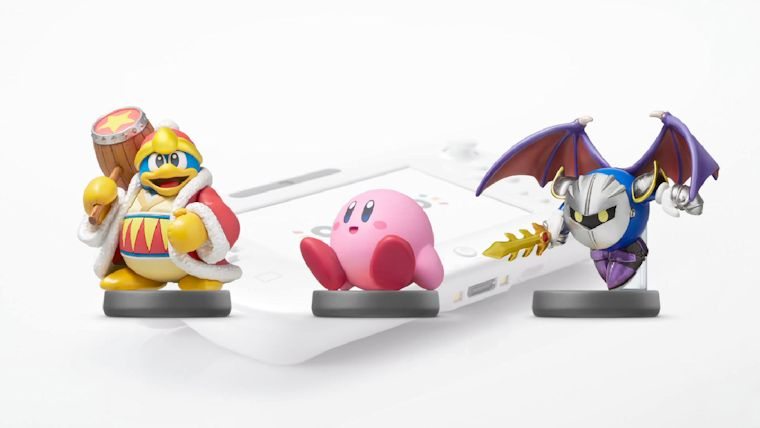 The upcoming wave of amiibo are set to bring us two more Kirby characters in the coming months to join the already available Kirby. With Kirby and the Rainbow Curse being Nintendo’s next major release for the Wii U that is set to arrive in February, it makes sense that they would start to push the game. As a result, Nintendo has given us a bit of a Christmas present with a brand new trailer for Kirby and the Rainbow Curse that also reveals just how three specific amiibo will be integrated with the game.

The nearly five minute long trailer shows off the various abilities of Kirby that are found in this game, as well as plenty of locations that we can expect to see in the game. However the major information came at the very end with the information that the Kirby, Meta Knight, and King Dedede amiibo would be compatible with the game.

Kirby and the Rainbow Curse is certainly looking like another fantastic Wii U game, which I know I can’t wait to play. The only disappointment is that Meta Knight is a retailer exclusive and could be quite hard to find. Make sure to check out the trailer for yourself below to see the game itself and the amiibo usage in action.

Kirby and the Rainbow Curse Trailer