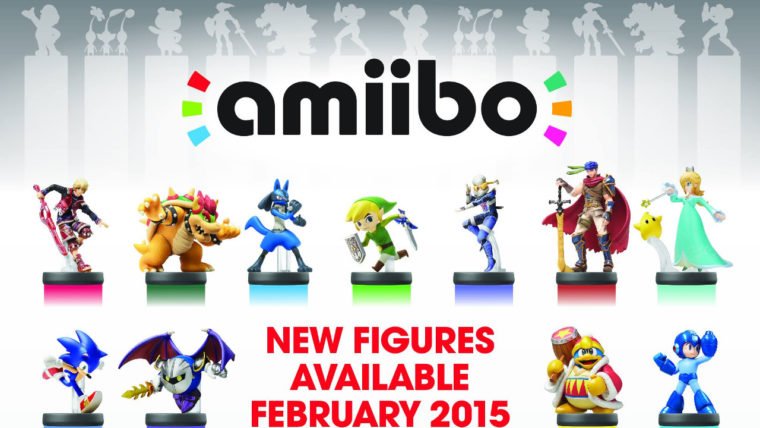 Nintendo of America hasn’t been very forthcoming in regard to when new entries of their mega-popular Amiibo figures will be released to stores. With Wave 3 of the Super Smash Bros. themed line right around the corner, fans are desperate to find out when the new figures will launch, so that they can be sure to get their favorite figures before they have their prices jacked up by scalpers. The dates still aren’t certain, but a few online retailers have leaked some info that seems to reveal the official dates for many of the figures in Amiibo Wave 3. (Note: Nintendo of Europe has revealed official dates, with some hitting today and the rest in late February)

Wave 3 will contain Bowser, Sheik, Toon Link, Mega Man, Sonic, Ike, King Dedede, and store-exclusive figures Meta Knight, Shulk, Rosalina & Luma, and Lucario. Only on thing is totally certain as far as when these figures will be released, it will be after February 1st. However, we have some more info that clarifies things. First off, it looks like this wave will once again hit in separate sets, with some figures being released earlier than others. 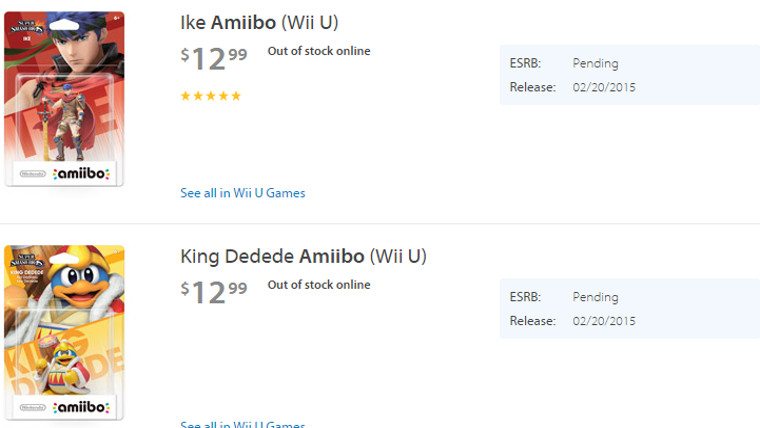 Walmart in particular has revealed a few possible release dates. On their site they currently list Bowser, Sheik, and Toon Link for release on February 6th. Other sources have pointed to Lucario releasing on or around the same day. Mega Man, King Dedede, and Ike are listed for release on February 20th. Some of these listings have since been removed, but not before fans were able to notice the dates.

This leaves Sonic, Shulk, Meta Knight,  and Rosalina & Luma without release dates. Odds are good that they will hit on either of the two dates for the known sets so far. Of course, with three of them being store-exclusive they will be hard to come by. Pre-orders are sold out almost everywhere, and stores aren’t saying how many figures they are getting. If you’re looking to collect them all you might want to hit the stores when they open on both February 6th and 20th just to be sure.