The latest news in the world of video games at Attack of the Fanboy
July 16th, 2015 by Kyle Hanson 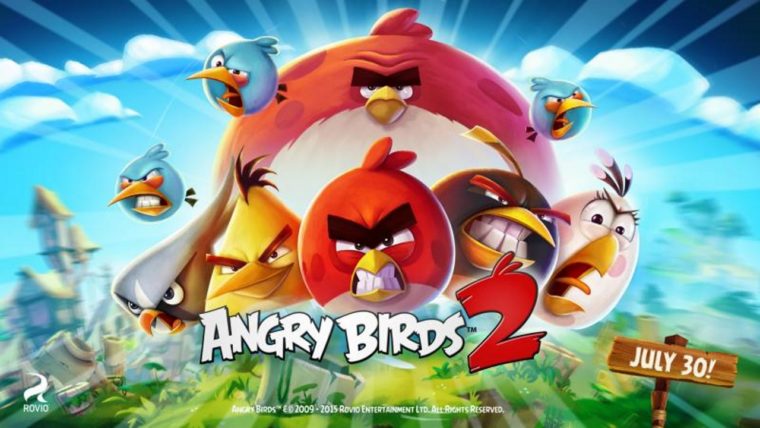 After dozens of spin-offs and other games in the series, the mega-popular Angry Birds is finally getting its first official sequel with Angry Birds 2. Announced today by developer Rovio, the game is already only two weeks away, with a planned release date of July 30th.

“Back in December 2009,” reads the announcement post, “when we were just a small games studio, we released our 52nd game featuring colorful birds, green pigs, a slingshot and a super catchy theme tune. Fast forward to 2015 and that game, Angry Birds, has taken the world by storm.”

“With 3 billion game downloads, millions of fans across the globe, multiple mashups and spin-offs, collaborations with A-list celebrities and much more, we’re really proud that Angry Birds is the mother of all mobile game apps. And now we’re proud to announce the mother of all sequels – Angry Birds 2!”

Just what Angry Birds 2 contains to make it worthy of being a full blown sequel is currently unknown. Rovio has said that it will be “Bigger. Badder. Birdier.” meaning….well, I have no idea.

Thankfully we don’t have too long to wait, with Angry Birds 2 launching onto mobile devices (no specifics on which, but iPhone and Android are almost certain) on July 30th.