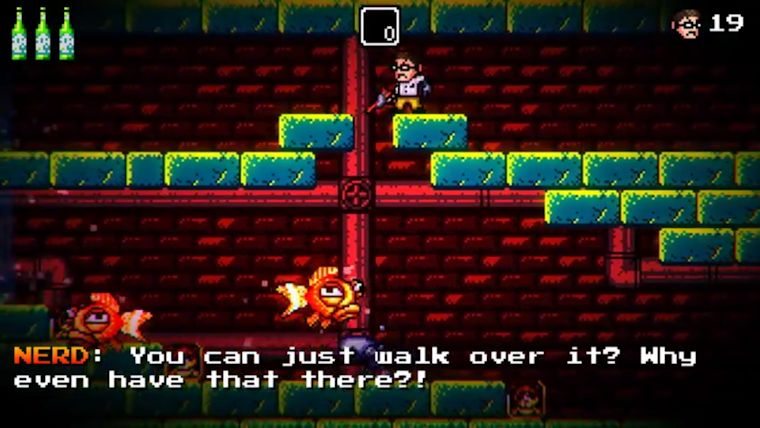 Angry Video Game Nerd Adventures was a really fun game that managed to take many of the cliches and tropes that AVGN has harped on for years and them into a very difficult but satisfying game. A sequel was announced last year and after being delayed from Winter 2015, Angry Video Game Nerd II: Assimilation is officially set to arrive later this month on March 29 for PC through Steam.

A new trailer was released for the game that is once again being developed by Freakzone Games through Rolfe’s Cinemassacre YouTube page that gives us a detailed look at the new game. It looks like there are plenty of new features, such as a world map that looks like Super Mario Bros. 3, wall jumping, and swimming.

The only disappointing aspect for now is that this release date is only for PC on Steam, while the Wii U and 3DS are left out. It was previously said that they were hoping to once again bring it to those platforms with a release date not too far after the PC release.

The pre-orders are now up for the game on Steam, which is actually worth it as you will say 10% off the $14.99 cost, as well as getting a free soundtrack as well. Make sure to check out the trailer below to see the new features if you are interested.