The latest news in the world of video games at Attack of the Fanboy
February 1st, 2016 by Scott Grill 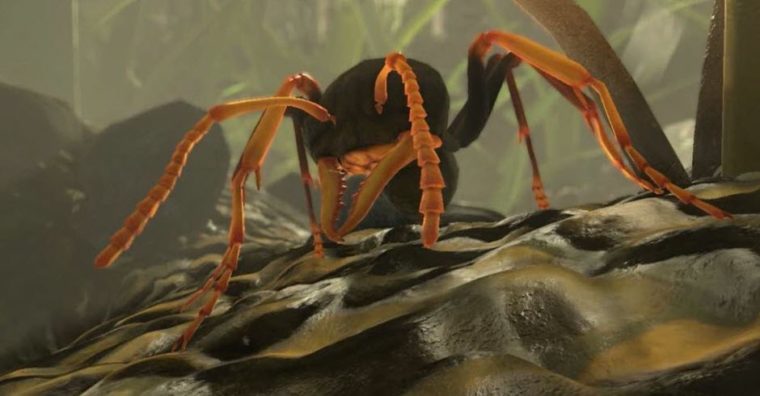 Do you need another example of why to be careful with what projects you support through crowdfunding? The lead developer on Ant Simulator just gave you one by revealing his partners on the project blew the “overwhelming majority” of the money raised on critical game development items such as liquor and strippers.

Eric Tereshinski posted a heart-breaking video to his YouTube channel announcing the cancellation of Ant Simulator and his resignation from indie game development outfit ETeeski. Tereshinski cited the mishandling of money by his ex-business partners and likely now his former friends as the reason.

“This is going to be the worst video I’ve ever had to make,” Tereshinski said. “Ant Simulator is going to be canceled. I can’t work on Ant Simulator anymore. I recently found out my ex business partners were secretly stealing company money. They had secretly spent the overwhelming majority of both our Kickstarter money and the Ant Simulator investment money on liquor, restaurants, bars, and even strippers. This is the reason it has become exceedingly clear to me that I cannot have my career associated with these guys.”

Ant Simulator was being developed for the PlayStation 4 and PC. It was meant to be a survival game from the point of view of an ant attempting to defend and grow its anthill. Crowdfunding was handled through a sponsorship link on the game’s website along with pre-orders. Actual progress had been made on the game and it was released to beta testing at the end of 2015.

Unfortunately, Tereshinski stated that he cannot release the game on his own as the unnamed partners have threatened to sue. The developer’s options are apparently limited, as he explained in the YouTube video’s comment section. This is due to how the contract for the ETeeski LLC was drawn up to protect the partners as consultants who get the right to spend money without any obligations.

A separate Kickstarter with a $4,000 goal was also setup by Eteeski to produce a series of Ultimate Game Dev tutorial videos on game development. The first season of these videos was successfully completed. However, the cancellation of Ant Simulator also extends to this effort since it was done under the company’s name. Tereshinski revealed he will be pulling all of the tutorials from his YouTube channel.

“I’m very pissed off I lost money. I lost over a year in work. And I lost a game that I loved and I was proud of and I was really looking forward to releasing on Steam and PS4,” Tereshinski added. “It was supposed to be my first big step in really taking a shot at making video games as a career. But I have to start over now.”

This isn’t the first time a crowdfunded game has been deep-sixed over the misuse of money and it likely won’t be the last.