Are Single Player Games Too Expensive? 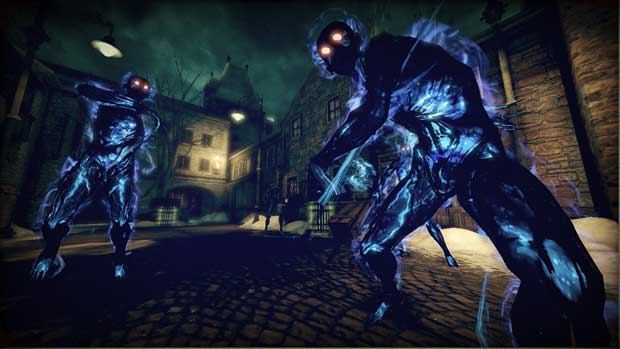 The video games market has a traditional business model that hasn’t changed with the industry according to the director for Shadows of the Damned.  Massimo Guarini recently stated his claim that the way that single player experiences are sold to gamers needs to evolve because of the expectations that gamers have, and the way that we percieve value.

“Single player only games are nowhere close to being doomed,” Guarini said. “The problem rather lies in how they’re produced, through which channels they’re sold, and at which price points. I can’t see in any way a single player experience being less engaging or interesting because of the absence of multiplayer. Instead, I can definitely see how players who pay 60 or 70 bucks for a game can be quite sensitive to the lack of additional features that can justify their investment.”

Guarini’s concerns definitely do ring true for a game like Shadows of the Damned, but there are plenty of single player experiences that manage to give gamer’s the satisfaction that they expect when shelling out full price.  Take a look at games like the new Batman series, The Elder Scrolls franchise, or the Mass Effect games, and you can see that there is definitely percieved value in those titles from the fans.  For untested new comers its probably more difficult, but there needs to be more to the game to hook players into playing it once the curtain closes on a single player experience.

Though Guarini believes that the industry needs to evolve as he continues in the recent interview.

“The business model must evolve,” continued Guarini. “We’re still selling at incredibly high price points because we’re still operating like we were five years ago, with just higher production costs. Instead of changing our perspectives, we’re still struggling to pack games with features, extras, bonuses, achievements, in order to barely justify that price tag, which is given by excessively high development and licensing costs. We must learn our lesson from the huge, epic failure the music industry is still suffering nowadays for not being able to adapt to the digital revolution.”

It’s interesting to note that Guarini’s comments come just weeks after his last game, Shadows of the Damned, performed poorly at the retail level despite gathering many glowing reviews of the hard to classify shooter.