The latest news in the world of video games at Attack of the Fanboy
April 20th, 2016 by Scott Grill 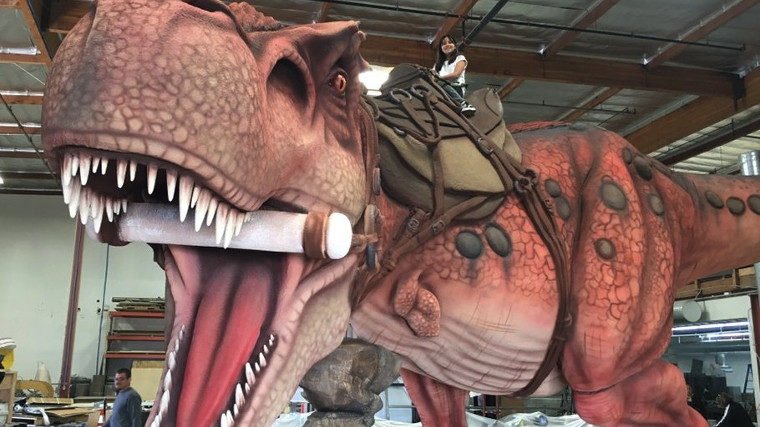 Those heading to PAX East in Boston this weekend will get a Jurassic close-up. Studio Wildcard unveiled its ARK: Survival Evolved plans for the convention, which includes a 16-foot tall rideable T-Rex.

The 16-foot tall T-Rex is taking shape, per a Twitter post from the developer, and will be featured at the Studio Wildcard booth this weekend. The studio will be showcasing ARK: Survival of the Fittest, the free-to-play Hunger Games-styled spin-off from Survival Evolved that features monthly prizes for top players in each of the game’s brackets. The second month of the competitions just got underway.

Prizes and other goodies will be handed out for those that compete in the 20-player ARK: Survival of the Fittest tournaments at PAX East, which will also be streamed on Twitch. Plus, there’s the opportunity to straddle a T-Rex. Sure, it doesn’t have laser beams mounted to its head, but Jurassic Park didn’t offer T-Rex rides either.

Here’s the details of what to expect from ARK: Survival Evolved and Survival of the Fittest at PAX East.