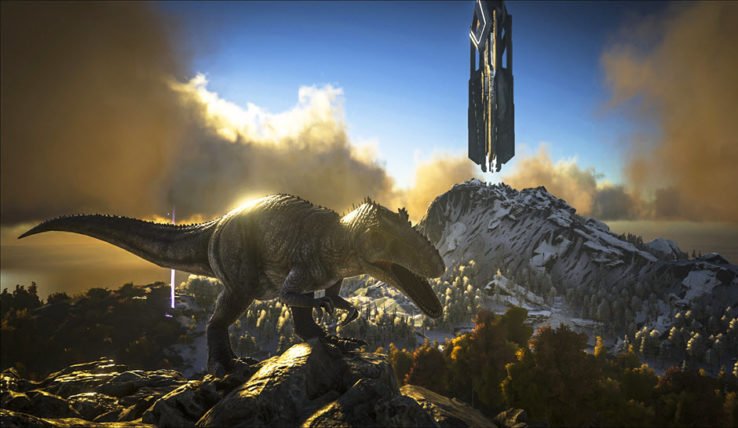 The dangers of playing an Early Access game reared its head in ARK: Survival Evolved via a Tuesday update to the PC version of the game. Studio Wildcard gave the dinosaurs and other prehistoric beasts a significant nerf in an attempt to balance out the game, which was followed another update Wednesday evening to address player complaints over the changes.

The ARK balance patch dropped Tuesday and players immediately noticed a huge drop in their tamed creature capabilities following a 50 percent reduction in damage and health across the board. Additionally, the dinos became slower at harvesting resources.

This caused some issues among the open-world survival game’s community on Reddit and Steam. The time the players spent taming and leveling their tamed dinosaurs and beasts was lost. Beasts lost battles they previously would have won and died. Other tamed beasts were lost due to the lack of being fed now that meat was no longer in abundance.

Studio Wildcard responded to the outcry of the ARK community in a lengthy Steam post Wednesday explaining the reasons for the changes. The short version is a miscalculation when the game first released resulted in the game’s beasts being way more powerful than intended and the decision was made to bring them in line with the original vision with patch 231.

“Earlier on in development we had a misunderstanding between how both player and creature stat scaling was supposed to function and by the time we had realised what went wrong, and how it went wrong – we had to come up with a solution,” the developer explained. “The misunderstanding was noticed as we started to introducing higher levels and more difficulty into the game, which resulted in higher-stated dinosaurs, basically much stronger creatures to what we had planned and intended.”

“The stats for tamed creatures and wild creatures became incredibly inflated and due to this, we had to make further adjustments to the newer creatures to ensure that they would fit correctly in ARK’s ecosystem. Hence the Giganotosaurus (it’s job is to function as the apex predator – so it was incredibly scaled up to deal with the already inflated stats),” he continued.

Three smaller updates were made to ARK: Survival evolved following the release of patch 231. These were done to correct some issues with the game and to address feedback from the player base. For instance, patch 231.3 was just released Wednesday evening and included the following tweaks.

Studio Wildcard still has a large number of changes planned for ARK’s dinosaurs. The primary goal is to make the game’s creatures more diverse and to “function in completely different ways, as opposed to everything being so uniform.”

Meanwhile, Xbox One players can look forward to an update with all of these changes and more being released next week per a Tweet from the official ARK Twitter account. This will include new prehistoric beasts such as the giant kangaroo Procoptodon and other creatures.

The Xbox One Game Preview program version of ARK: Survival Evolved will be updated approximately every other week up until the game’s planned June 2016 release. The Steam Early Access version has seen updates almost every day.