ARK: Survival Evolved Optimizations Still To Come For PC And Xbox One

The latest news in the world of video games at Attack of the Fanboy
January 22nd, 2016 by Scott Grill 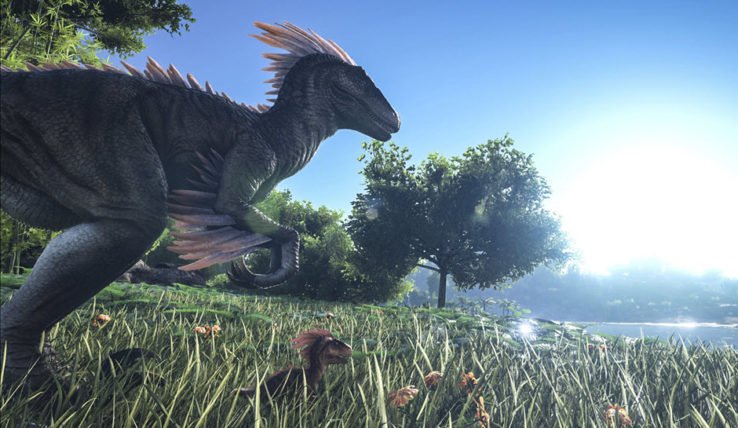 ARK: Survival Evolved has been in the hands of PC gamers since June 2015 via Steam’s Early Access program. Meanwhile, Xbox One owners got their first taste of the dinosaur survival adventure via the Xbox Game Preview program in December. There’s still quite a bit of work to do on the game though as developer Studio Wildcard revealed optimization work has not even begun.

In a Twitter conversation with fans, Co-Creative Director Jesse Rapczak informed fans about the current state of the game.

Don’t worry about @survivetheark optimization, we haven’t started yet. Game is still Pre-Alpha with significant features yet to be added.

Some of those features include the addition of the TEK Tier of science fiction based structures and equipment. This includes weapons like plasma rifles as well as a teleporter, force field, cloaking devices, and other items mentioned in an ARK Digest Q&A on Reddit.

There are still many more dinosaur and prehistoric animals to add to ARK. Additionally, Studio Wildcard’s reasoning for the recent dinosaur nerf was to allow it to be able to add more variation between existing and upcoming beasts.

Obviously, there’s still plenty of work to do with ARK: Survival Evolved. The game is currently targeting a June 2016 release for the PC, Xbox One, and even the PlayStation 4. Don’t expect to see much optimization work done until the final months before release beyond something that breaks the game. Perhaps the one exception is DirectX12 support. This is listed as “A Little Further Out” for the upcoming patch notes posted on the game’s forums. This will bring an approximately 20 performance improvement.

The optimization does mean some good news for Xbox One owners who prefer to play on non-dedicated servers. The requirement for additional players to stay within in a certain range of the host will likely be expanded, but not completely removed, as the game’s performance improves according to one of the game’s Community Managers. There’s no guarantee of how big the tether will get, but anything will be better than the current tight quarters.