ARK: Survival Evolved Split-Screen Coming To Xbox One Next Patch

The latest news in the world of video games at Attack of the Fanboy
January 22nd, 2016 by Scott Grill 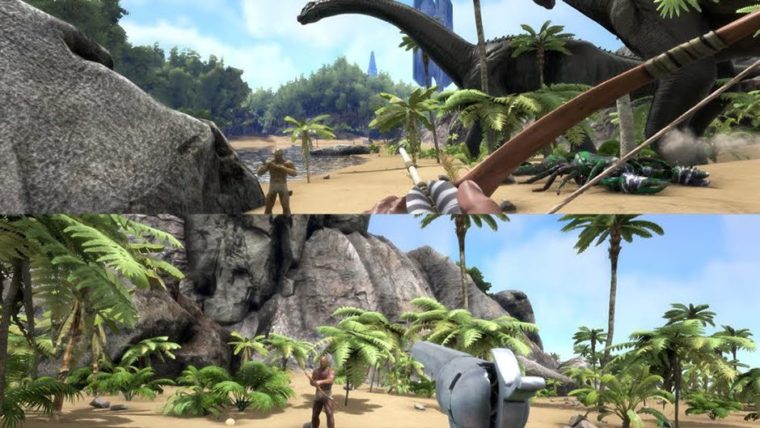 ARK: Survival Evolved players on the Xbox One waiting for a little couch co-op action won’t have to wait much longer. Studio Wildcard confirmed Thursday that split-screen is coming to the dinosaur survival game in the next update.

“SPLIT-SCREEN MULTIPLAYER for both Online and Local Play!!”

There is obviously more coming to the patch, but this is great news. Split-screen gaming has unfortunately been less and less utilized by developers over the past decade. And lately, even when it is utilized it comes with some sort of limitation such as not being able to play online together. Studio Wildcard supporting online and off-line play with couch co-op nicely shows the developer is listening to its fans.

There’s no date on when the v731.0 patch will be released to ARK: Survival Evolved on the Xbox One. The last update was on January 15, which means the next should be around January 29. Studio Wildcard is shooting to release new updates to the Xbox One game approximately every two weeks while it is in the Game Preview program.

The PC version of ARK drops updates on a nearly daily basis and Xbox One owners can determine what new is coming just by keeping an eye out on the Steam page. Some of the coming new dinosaurs and beasts include the gigantic Titanosaur, the Dimetrodon, a Dung Beetle, and the nocturnal Megalosaurus.