The latest news in the world of video games at Attack of the Fanboy
January 15th, 2016 by Scott Grill 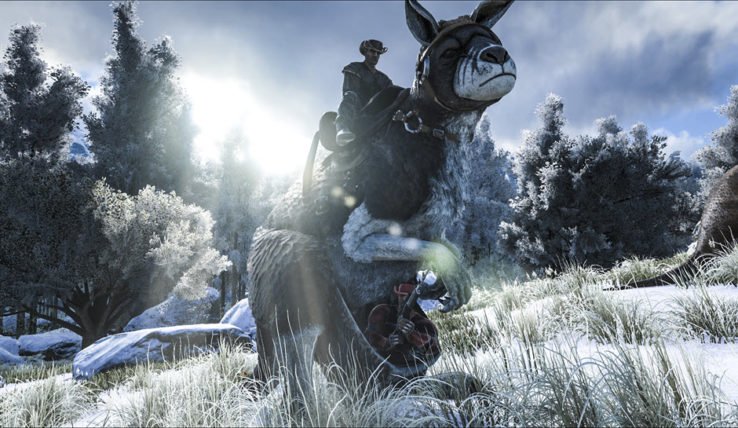 ARK: Survival Evolved for the Xbox One received a hefty update Friday that fixes some issues with the dinosaur survival game while also adding some new stuff. The prehistoric drive-by kangaroo, Procoptdon has arrived along with the dinosaur rebalance that surprised PC players and more than a 100 new official servers.

The 730.0 update weighs in at around 1.3 GB and includes some welcome updates to Xbox One owners who dove into the Game Preview program for ARK: Survival Evolved. The performance has been improved for better framerate while the game-breaking issue of the game crashing in caves has also been addressed.

Existing players should be aware that tamed dinosaurs received a significant rebalance that makes them not as effective as before. This caught the PC crowd by surprise, as previously covered, so don’t let it happen to you. The changes are meant to balance the game long-term and allow Studio Wildcard to add more variety to the dinos.

One huge quality of life improvement is bookmarks finally work in the server browser. Additionally, servers that players have a character on are now automatically added to the bookmark list.

The new ARK update was actually released as part of two updates. 730.0 is the big patch while 729.9 is a small executable patch.