Ark: Survival Of The Fittest Merging Back With Survival Evolved, Console Versions Put On Hold 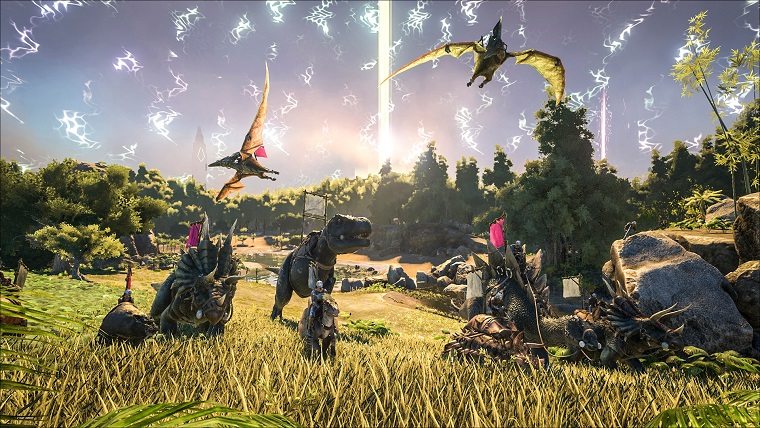 While Ark: Survival Evolved was enjoying enough success on its own, the developer nevertheless wanted to take a shot with the eSports scene and created a spin-off called Survival of the Fittest. It was basically The Culling with dinosaurs and dragons, and had been doing very well so far. However, there are some big changes that will be coming to how the game will be maintained.

The developer did share some reasons as to why they went this route, and one of them had to do with the recently-released development kit. With the games having two separate clients, this would have resulted in many restrictions with the development kit that they didn’t want to be there. While the developer was considering turning Survival of the Fittest into a free-to-play game, they have very little knowledge with that model and it would have taken a long time for them to learn and apply it to their game.

Lastly, while Survival of the Fittest was set to be coming to consoles, the developer has decided to put those versions of the game on hold. This has apparently been done so that they can see how the changes that they have made pan out over the next several months, and then they’ll reassess things then.