ARK: Survival Of The Fittest Testing Ring Of Death Changes 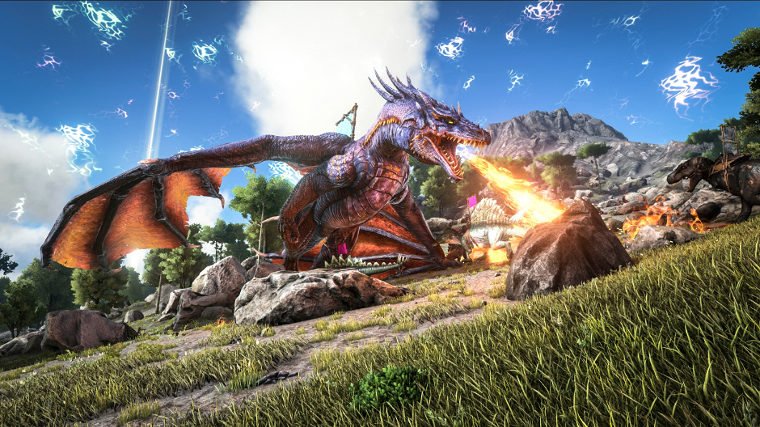 Changes to ARK: Survival of the Fittest are expected since it is a Steam Early Access game. However, it is also a game that offers cash prizes every month. This means Studio Wildcard needs to be careful with any alterations to gameplay or rules. The developer just introduced experimental servers Monday to do just that with the dreaded Ring of Death.

A beta version of ARK: Survival of the Fittest is now available to try out on Steam. Those interested should right-click on the game in their Steam library and select Properties. Click over to the Beta tab and select “public beta” from the drop-down box, then enter “publicbetatest” in the entry box to participate. This will unlock changes to the Ring of Death, as explained by Community Manager Jat Karunakaran.

These changes include a pause-time for when the ring doesn’t move at all, or a time where it moves in slowly and then of course the final-phase where the ring comes in at a much quicker place.

In theory this should allow for more strategies to be played and improve the balance of the game as players will have more opportunity to travel the map and time to spend working on their choice of win conditions. We want to test it out on some Unofficial “Official” Test servers!

For the unfamiliar, ARK: Survival of the Fittest is a free-to-play Hunger Games-style spin on the ARK: Survival Evolved. The game started as a mod until Studio Wildcard decided its popularity merited turning it into a stand-alone title where it can benefit from not being directly tied to the dinosaur survival title. At the start of a match, players are dropped into an arena enclosed by the Ring of Death. The ring slowly closes in as players battle each other to be the last man or woman standing. Those caught outside of the ring are given 30 seconds to return before death.

Survival of the Fittest is also coming to consoles. It will hit the PlayStation 4 first in July followed by the Xbox One sometime later. ARK: Survival Evolved is available for PC via Steam Early Access and Xbox One via the Game Preview Program.