The Last of Us will arrive on PlayStation 3 in 2013 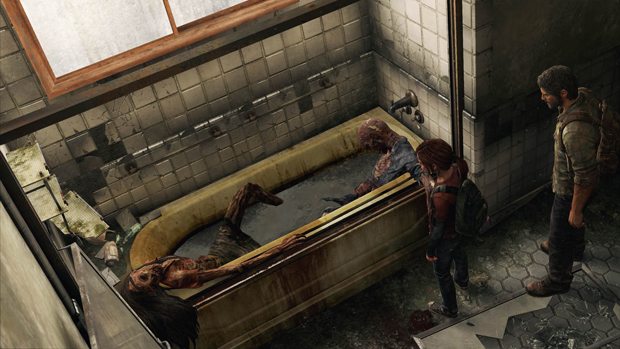 Despite generating huge buzz at E3 2012, Naughty Dog failed to relay a release window for their exceptional-looking apocalyptic survival title. Last night on the Jimmy Fallon show, Naughty Dog announced that The Last of Us would arrive in 2013.

For those of you that were still holding out hope for a 2012 release date, you can put those hopes to bed. No new gameplay was revealed for the title, Naughty Dog played an abbreviated version of the E3 demo that was shown last week in Los Angeles.

2013 is already shaping up to be a crowded year for gamers…again. You can add The Last of Us to a lengthy list of titles to expect in 2013, which includes: Crysis 3, Bioshock: Infinite, Grand Theft Auto V, Sim City, Gears of War: Judgement, Watch Dogs, Tomb Raider, and a bunch of other titles.

The Last of Us E3 Demo